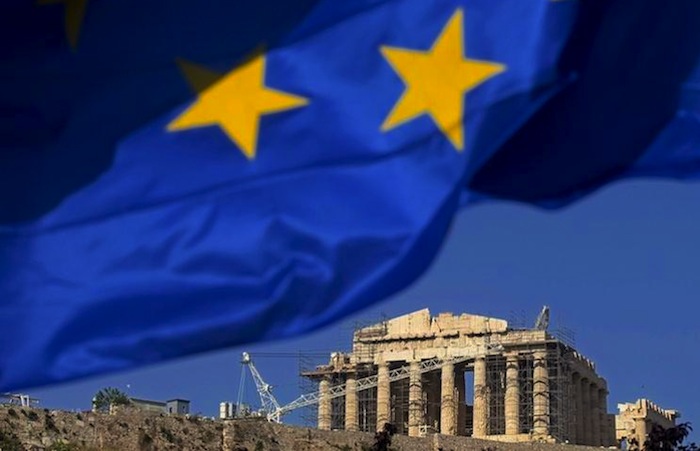 PollWatch, the research institute financed by the European Parliament, in a recent poll on the euro elections on May 25, gives Greek main opposition party, SYRIZA, a lead of 3.6 units.
For Greece, PollWatch, citing figures from the researches conducted by the companies Palmos and Alco, on May 14 and 15, estimates that SYRIZA with 29.6% will win 7 seats in the European Parliament, New Democracy with 26% will get 6 seats, Golden Dawn and the River with 8% will win 2 seats each while Elia (6.5%), the Communist party (6%), Independent Greeks (5.1%) and Democratic Left (3.2%) will get 1 seat each.
PollWatch estimates that the European People’s Party (EPP) will win 217 seats in the European Parliament, ahead of 201 seats for the center-left Socialists & Democrats. The socialists have increased their seats to 201 from 194 while EPP has lost many seats (217 from 275). It seems that the European Left Party has recorded an impressive estimated rise of today’s seats, from 35 to 53, an increase of over 50%.
PollWatch also recorded an impressive increase of MEPs who do not belong to any of the parties of the European Parliament. Many of these MEPs come from the French National Front of Marine Le Pen and Geert Wilders‘ Dutch Freedom party.
Greece is the only European country where a party of the European left comes first. In Italy the slate “Another Europe with Tsipras” is estimated to stand at 4% and to win three seats.