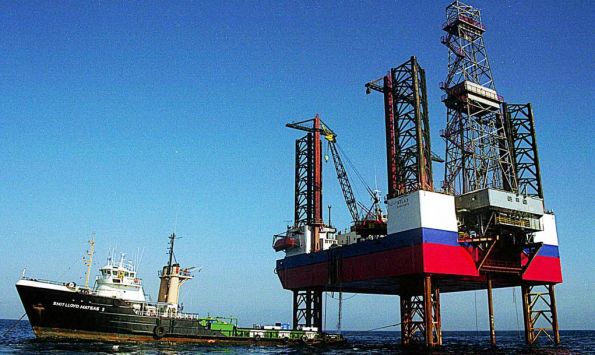 Cypriot officials have stated that the success in drilling for gas pockets in deep waters off the island of Cyprus in the eastern Mediterranean will eventually pave the way for loosening Russia’s grip on the European market’s energy supply.
Cyprus’ exclusive economic zone is already proven to contain reserves of as much as 6 trillion cubic feet of natural gas, while prospectors are also looking to find another 4 trillion to 5 trillion cubic feet, Cypriot Energy Minister George Lakkotrypis said in an interview May 14.
A potential discovery of this size — about a quarter the size of Israel’s giant Leviathan find — would allow Cyprus to proceed with plans for a liquefied natural gas (LNG) plant, which would be also able to process gas from elsewhere in the basin and ship it by sea to markets in western Europe threatened by the Ukrainian-crisis.
Russia, which provides about 15 percent of the region’s needs through Soviet-era pipelines, has threatened to cut supplies from June.
Cyprus will become aware of its actual gas reserves in about 12 to 15 months, when the companies ENI, Korea Gas Corp., Total SA, and Noble Energy Inc. will have better explored the region, the Minister said.
A potential LNG plant on Cyprus would require upfront capital expenditure of €6 to 10 billion, and Cyprus is in talks with several financial institutions, Lakkotrypis said, but added: “The most pressing priority is to make another discovery. Ultra-deep waters contain a very high risk. The probability of success is pretty low.”
Lakkotrypis also went into the possibility of getting gas through pipelines from neighboring countries, should the drilling not produce the expected results, mentioning “We are not excluding anything, but the onshore plant is our No. 1 priority.”
Neighboring Turkey, however, wouldn’t be a potential solution, as the two countries have unresolved territorial disputes.