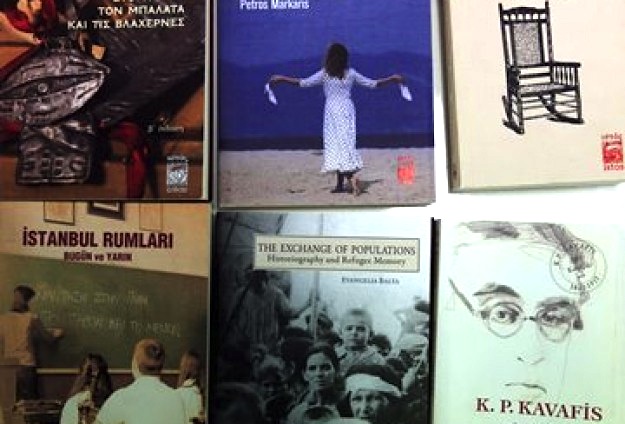 A newly founded Greek publishing house in Istanbul will be reviving the long multicultural tradition of Greek literature in the former Byzantine capital city by translating and distributing on the Turkish book market Greek literature.

Istos, which stands in Greek for “web,” is the first Greek-language publishing house to start operating in Turkey in almost half a century, drawing on a rich history of Greek-influenced culture and offering Turkish readers original adaptations of Greek literature.

“Although contemporary Greek literature is already being translated into Turkish, these mainly come from English and French adaptations,” Istos editor and founder Anna Maria Aslanoglu mentions to Anadolu Agency, and adds, “Although some of the translations are very good, translating from another translation can remove the real meaning.”

The new original translations by Istos are to remove this “middleman” approach. Turkish and Greek, which share close historical ties, are easier to translate directly, because if there is another Western tongue in the process, the language loses its meaning, Aslanoglu claims.

“There is a cultural richness in this country. Turkey’s publishing history is multicultural and multilingual despite it being interrupted during the transition period from Ottoman Empire to the republican era,” he adds.

Greeks living in Istanbul were one of the largest minority groups in the city until World War I and their dislocation to Greece following population exchanges between the two countries.

Erdi claims however, that enthusiasm for Greek culture has remained among Turkish readers, who enjoy reading Greek literature.