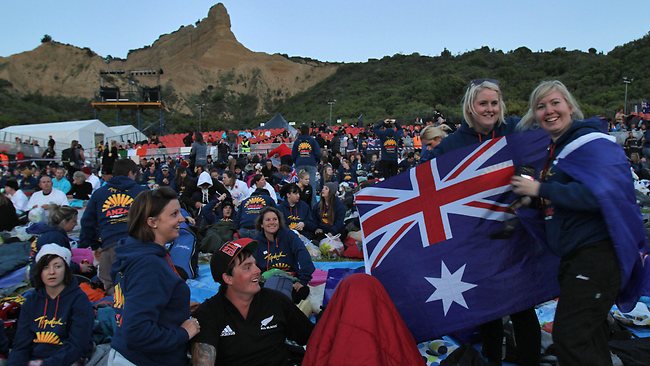 Numerous Australians are expected to visit the Gallipoli peninsula in April 2015, to celebrate the centennial anniversary of the Australian and New Zealander Army Corps (ANZAC) landing during World War I, and to honor the victims killed by the Ottomans in the Gallipoli Campaign.

Currently visiting Australia, Greek Tourism Minister Olga Kefalogianni, after meeting with representatives of the Greek-Australian community, said that Greece will try to stress its role at the Gallipoli Campaign by showcasing Greek regions where the ANZAC soldiers fought during WWI and WWII.

The island of Lemnos, in the northeastern Aegean Sea, will be particularly highlighted as its position played an important role in the campaigns against Turkey during WWI. Lemnos served as a naval base, refueling station, medical care center and a refuge for the ANZAC soldiers, while Allied military cemeteries for the victims were created there.

The participation of Australians and New Zealanders soldiers in the Gallipoli Campaign in 1915 has been a milestone in the history of the two countries as it has marked the birth of national consciousness in both countries. Until nowadays, ANZAC Day, celebrated on April 25, remains the most important commemoration of military casualties and veterans in Australia and New Zealand. Every year, numerous Australians along with the political leadership of the country visit Gallipoli to honor the historic anniversary.

A tiny islet off the coast of Attica near the Kaki Thalassa area has such a shape that it gives the impression it features a swimming pool.
Education