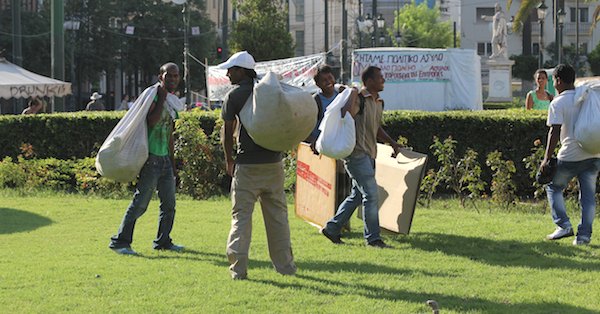 A recent poll conducted by the Pew Research Center showed that 86% of Greeks want fewer immigrants allowed in their country.  In Italy, the similar rate stands at 80%, in France at 57% and in the UK at 55%.

The poll released on May 14, was conducted in March and April among 7,o22 adults in seven European countries (Spain, France, Germany, Greece, Italy, Poland and the United Kingdom). The poll presents the citizens’ opinion towards the European Union (EU), the euro, the European Central Bank (ECB), the European Parliament and the European economic integration. The respondents were also asked on issues such as the labor market, the public debt and inequality.

Finally, figures showed that in Greece 53% of the population has a negative opinion towards Muslims and Roma.