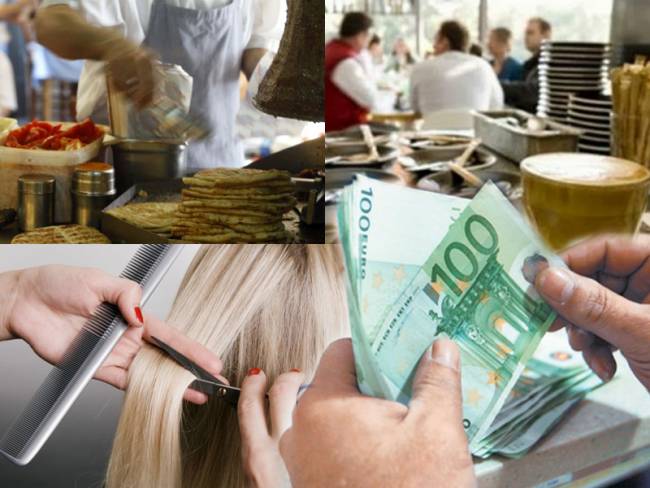 Fast food restaurants and beauty salons are the businesses thriving in Greece during the economic crisis, as revealed by a secret survey.
The survey was conducted by a Task Force for Greece in partnership with the European Commission in four major Greek urban centers, Athens, Thessaloniki, Heraklion and Patras for the past two years.
According to the findings, during the economic crisis Greeks aged from 25 to 50, regardless of their educational level, decided to invest an average of 20,000 to 30,000 euros coming from their savings or from compensations after getting fired in opening fast food restaurants, cafeterias and hair, nail and spa salons.
The soaring unemployment along with a decrease in domestic demand and the lack of bank financing during 2012 and 2013 discouraged capital-intensive and knowledge investments such as high-tech or nanotechnology companies, which require big capitals and proper training and need time to turn profitable. Instead, the young unemployed decided to turn to businesses with low operational costs but high and quick profitability in order to make a living.
According to the survey, from 100,000 small and medium-sized businesses that have opened in the past two years in Greece, some 50,000 of them are related to the fast-food industry (restaurants with souvlaki or burgers, bakeries, pizzerias, cafeterias) and only 10,000 of them are the normal type restaurants. Furthermore, about 10,000 hair and nails salons have opened over the past two years, showing a constant demand for beauty services in Greece.
The survey was conducted to demonstrate the drastic changes in the Greek production model and compare them with the changes in other crisis-hit countries.