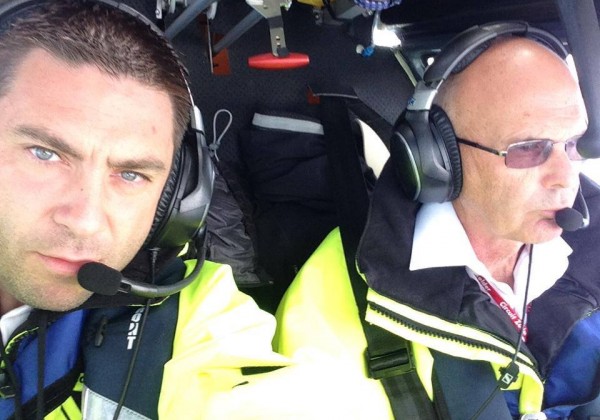 Two pilots in the “Flight of Ikarus” challenge, Britons Richard Foster and Richard Bird, landed in the Cretan village of Sitia, May 7, in their world record microlight journey. According to the local media, the two pilots stayed in Sitia for one day and early this morning took off to continue their journey back to Goodwood, in the UK, where their journey started on February 28. The two pilots aimed to break the world record by travelling across Europe and Africa and back in a microlight, without any air or ground support. More specifically, their route took them from Goodwood to France then on to Italy, Croatia, Greece and Crete, Egypt and Sudan. Then the pair continued to Djibouti, Ethiopia, Kenya, Tanzania, Zimbabwe and Botswana before turning around in Cape Town, South Africa. The pilots have been keeping everyone up to date for their journey by regularly updating their facebook page with information and images from their route. Now, the two British are on their way back to the U.K. Richard Foster tried last year to break the world microlight record by flying from London to Greece in an attempt to recreate the legend of Icarus, who according to Greek mythology, flew too close to the sun and died. Foster managed to set a new British record but he didn’t manage to surpass the world record until this year.