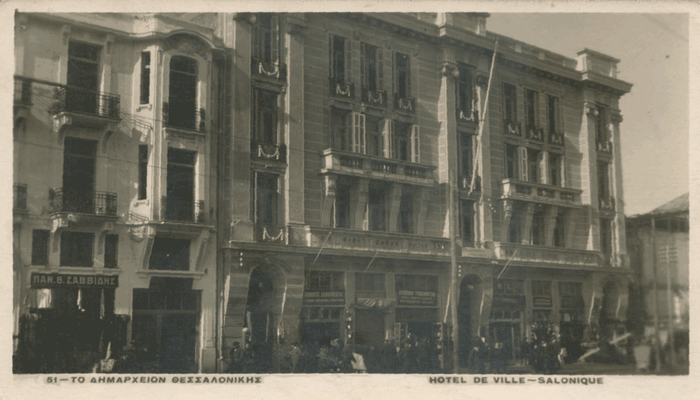 Thessaloniki’s Caravanserai is one of 10 titles in northern Greece being listed at a property investment event in Istanbul this month.
Among the investment opportunities on offer in Chalkidiki, Pieria, Thassos and Alexandroupolis, which will be presented at a special event “Greek Properties – Turkish Tourism Investors Event” in Istanbul on May 22, is a slice of Thessaloniki history, the famous Caravanserai.

The present building was Thessaloniki‘s city hall from 1958 to 2011 and was built upon a 15th century construction that, as its name suggests, used to be an inn, among other uses.
The history of Thessaloniki’s Caravanserai
The Caravanserai is located at the corner of Venizelos and Vamvaka Street and the surrounding area has been named after it. Historical sources dating back to the 16th century during the Ottoman occupation of Greece refer to two Caravanserais, the Small and the Great, which were used as inns hosting travelers and merchants. However, over time they evolved into an early type of shopping mall, consisting of boutiques, courtyards and arcades. 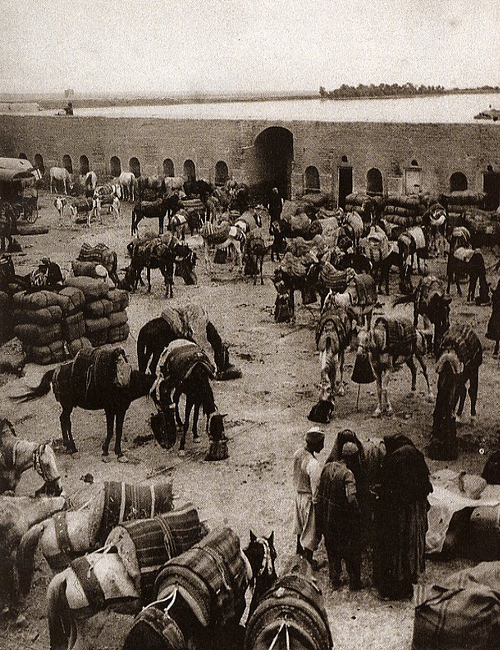 The earliest evidence of the Caravanserai during that period are two plans designed in 1864 by the archaeologists Textier and Pullan depicting the front elevation and the floor plan of the building. However, a map of Thessaloniki from the 1870s didn’t include the Caravanserai, so historians believe it must have been destroyed by then.
In 1923, architect Delladestimas designed a plan for a new building according to the old architectural plans of the Caravanserai, as approved by the Archaeological Service of Thessaloniki. In keeping with the original usage, the new building was used as a hotel lodging many families who fled to Thessaloniki from the villages of Macedonia during the Greek civil war between 1946 and 1949.
In the 50s, the historic building belonged to local businessmen and contractors who continued its restoration. In 1958, Caravanserai was leased to the municipality of Thessaloniki, which used it as its headquarters for 53 years, until 2011.