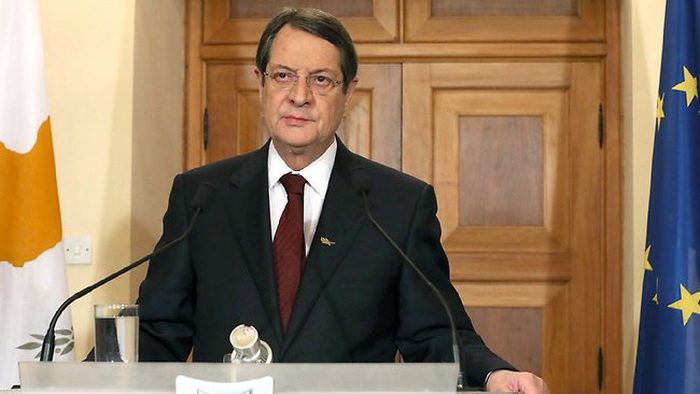 In an interview Tuesday with the Turkish newspaper Hurriyet Daily, Republic of Cyprus President Nicos Anastasiades asked the Turkish Cypriot side to ‘trust him’ ahead of a second round of peace talks scheduled for this week, stating his dream is similar to that of U.S. civil rights leader Martin Luther King.
“It’s a dream in which my kids and grandsons live in a country where they are evaluated on their personalities and principles, not their national roots or religions,” Anastasiades said, adding that Cypriots of both ethnicities used to live alongside each other in his village, Silikou in Limassol, where his father, a commissary, in 1974 saved Turkish Cypriots from Greek Cypriot fanatics.
“My family had brotherly ties with families that I respect and appreciate. As a citizen of Cyprus and a Cypriot politician, I want the nation to unite,” he said, while stressing that a scenario in which negations fail is unimaginable. “It will be a day of mourning, anger and shame when a deadlock is officially announced. Each day passing without a solution is a day of sadness for Cypriots.”

“For more than 40 years, we Cypriots haven’t been able to achieve simple things – uniting our island and people, healing past wounds and accepting our mistakes,” said the president.

Referring to Turkey’s Prime Minister Recep Tayyip Erdoğan, Anastasiades said that their meetings had left him with a positive impression, despite some differences of opinion.
“If I were to meet with him, I would tell him that the Cyprus problem needs to be solved for all our sakes. A solution will benefit Turkey as well, as the country’s shoulders are burdened with a heavy financial and political load,” Anastasiades said.
After abstaining from peace talks for two years, Turkish Cypriot and Greek Cypriot leaders held their first meeting in early February, issuing a joint declaration that outlines the way forward for a solution to the crisis that has divided the island for half a century.