Greek Model Strips Down for ‘Game of Thrones’ Role 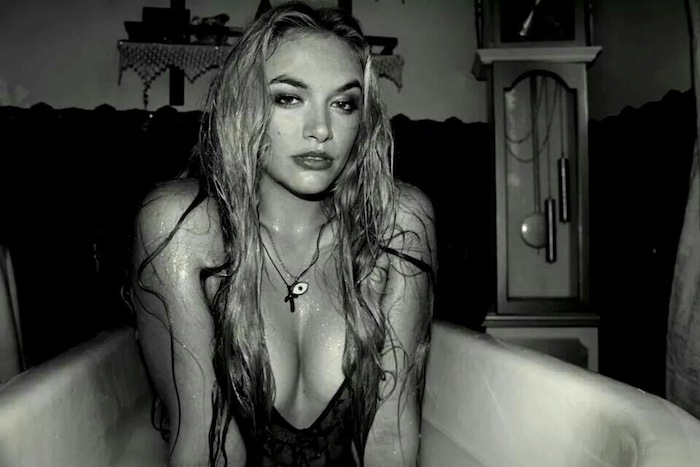 Model and English Literature student Xena Avramidis booked a role on one of the most popular shows on television, “Game of Thrones,” but it involved much more  — or maybe less — than she anticipated.

In an interview with UK’s Express, the Greek beauty said she was approached by an actress on the show who saw her photos and told her to audition for the HBO drama. Living in the UK, Avramidis quickly jumped on a flight to Northern Ireland, one of the shooting locations for the series.

Asked during the audition if she was okay with being nude on-screen, and if she would kiss another woman, the 20 year-old aspiring actress told the publication that she had thought, “What the heck, I’ve always wanted to act,” adding, “And while I realize it was a gamble….I’m not silly enough to do anything I’d really regret.”

Though her parents weren’t aware of her role in the recent “Game of Thrones” episode titled “Breaker of Chains,” in which she romps around on a bed with a few women and men, she did say they are supportive of her career.

Avramidis has just signed with a top modeling agency in Athens, and announced on Twitter, “Happy to FINALLY say I’m staying in Greece. Shipping my stuff. I’ll miss many ppl sad to say goodbye but easier in ways… I’m so happy.”

New York City Will Not Mandate Masks Indoors for Vaccinated