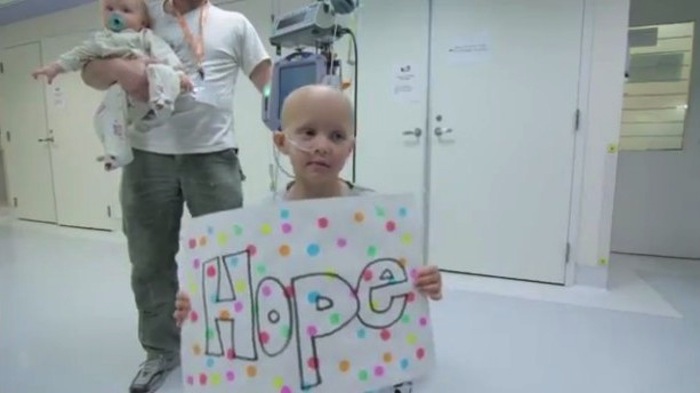 How many people can claim they have given life to another human being? Very few. One of them is SF. SF recently gave the gift of life to a leukemia patient, simply by donating cells from his blood.
A year ago, SF swabbed his cheek and joined “Save a Life”, the Centre for volunteer Bone Marrow Donors of the University of Patras (CBMDP). The registry enlisted him to the National (EOM) and the Worldwide Donors Pools (BMDW). Few weeks ago, SF received a phone call from “Save a Life”. He matched a leukemia patient in need of bone marrow transplant. SF was the only hope for this patient’s cure. He was the only matching donor among 23 million volunteer bone marrow donors enlisted in the worldwide pool of donors.
“When I received the phone call, I felt the same joy I’d experienced when my wife told me she was pregnant”, SF recalls.
The life-saving stem cells were collected from SF’s peripheral blood through a simple non-surgical process, similar to blood donation.
“The process was simple, painless and with no side-effects. Basically, all I gave was few hours of my time and today a patient is alive because of the cells I donated. I don’t know who he or she is. But I know that the people who love this patient agonized every day hoping a matching donor would be found to save his or her life. And I was the match!”, says SF.
Every 5 minutes, somewhere in the world someone is diagnosed with a type of blood cancer, such as leukaemia –the most common cancer among children. For many, the only hope for survival is bone marrow transplant from a donor with a matching tissue type. Because of the vast variation of tissue types, though, finding a bone marrow match for a patient is hard. Among siblings, the chances of finding a match are about 30%. Beyond sibling ties, chances fall to as low as 1:20,000 – 1:1,000,000, or even lower when one’s tissue type is uncommon.
Tissue type is inherited. Hence, when it comes to bone marrow donation, ethnicity does matter. Patients are most likely to find a matching donor if they have a similar ethnic background. This is why creating large ethnic pools is crucial to finding matching donors for leukemia patients (or other patients with blood cancers and disorders).
Patients of Greek origin are faced with severe difficulties in finding matching donors. Unfortunately, Greece counts a very small donor pool. According to the Centre of Bone Marrow Donors at the University of Patras, Greece has one of the lowest percentages of donors by population (0,003%), as opposed to e.g. Cyprus where 10% of its relatively small population are registered donors (130.000).
The problem becomes even more challenging if we take into account the facts that: a) many Greek families today tend to have one child, stripping away the possibility of a patient finding a matching donor from a sibling (hence depending on the donor pool for finding a donor) and b) Greek tissue types are very diversified due to the country’s rich history and geographic location (being a passage way for vast population movements).
Greek patients face even lower chances in finding a match, as they rely heavily on the international pool of donors with variable ethnic origins. Facing the above reality, the Centre of Bone Marrow Donor volunteers, at the University of Patras “Save a Life” (CBMDP) began a campaign to raise awareness in Greece about bone marrow donation and the need for volunteers, and to enlist volunteer bone marrow donors to the Greek (National Transplant Organization) and worldwide pools (Bone Marrow Donors Worldwide).
Since 2013, Save a Life has recruited about 5000 volunteer donors and has found four matches for patients (three of which were Greek). Finding so many matches from such a mere pool, has proved once more that finding Greek volunteers for the donor pools sharply increases the chances for Greek patients to find a match that will hold their cure and hope for life.
As “Save a Life” recently found its fourth matching donor, it continues with even more determination to pursue its mission and extends its call to the Greek diaspora to join its efforts and create an ethnic pool large enough that will allow patients of Hellenic origin around the world to find their match.
The Centre of Bone Marrow Donor volunteers – university of Patras (CBMDP) “Save a Life” is a non-profit organization based in Patras, Greece aiming to notably contribute to the worldwide efforts to advance public awareness and ensure adequacy of volunteer bone marrow donors for patients with hematologic malignancies needing Bone Marrow Transplantation (BMT). “Save a Life – CBMDP” donors are listed in the international Bone Marrow Donors Worldwide (BMDW) database and therefore made available to patients all over the world. As a person is more likely to find a donor from the same racial or ethnic background, the registry’s donors are unique and invaluable to the Hellenic Health Community, as the Greek ethnic pool still remains very limited. In 2013, “Save a Life” offered the gift of life to three patients in need of transplant and in March 2014 found yet a fourth matching donor. “Save a Life” receives no government funding and its donor recruitment and laboratory sample typing (compatibility examinations) are strictly dependent on donations.
For more information visit www.xarisezoi.gr