George Clooney Invited to Tie the Knot in Rhodes 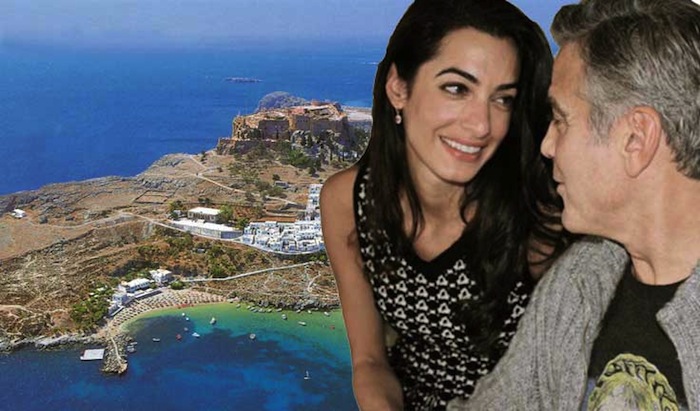 A local association in Paradisi, a village in Rhodes, Greece, has sent a letter of invitation via the U.S. Embassy to George Clooney, inviting him to get married in the region.
Without wasting any time, the Cultural Association of Paradisi “Agia Marina” wrote a letter to the U.S. Embassy, in which it invites the famous Hollywood star to get married in a church in Rhodes, while the letter also suggests the George Clooney’s best men should be villagers from Paradisi. As they said, they consider him to be “one of us.”
“The Environmental, Cultural, Social and Development Association of Paradisi in Rhodes, “Agia Marina,” does not forget its gratitude towards George Clooney for his support of Greece regarding the return of the Parthenon Marbles.
We consider him to be one of us and the same goes for his fiance, who also supported George Clooney in this matter.
We invite George Clooney to get married in Paradisi in Rhodes, with all men in the village standing in as his best men. The marriage scene from his movie The Guns of Navarone, was shot in Paradisi.
Paradisi has beautiful churches, Byzantine churches, chapels and very kind people, who would take special care to ensure George Clooney’s wedding remains unforgettable,” noted the letter.