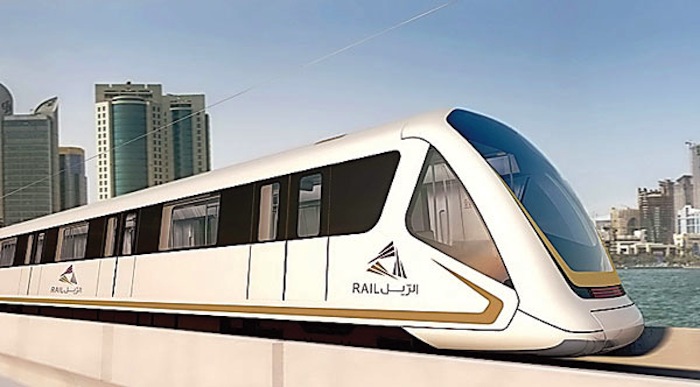 Qatar Rail, the authority responsible to finish construction of the first phase of the Doha Metro in 2018, has awarded one of its largest rail contracts yet to a Greek-led consortium, the Athens-based company ELLACTOR announced on Thursday.

ELLAKTOR said in a statement that its subsidiary AKTOR, as the leader of ALYSJ JV, with percentage of 32%, signed the contract for the design and construction of the project “Gold Line Underground” in Doha, Qatar.

The project forms part of Qatar Integrated Rail Project and the Gold Line is by far the largest singular construction package of the Doha Metro. The value of the contract is Euro 3.2bn including an option for the client of Euro 770m.

The route of the Gold Line traverses Doha, Capital of the State of Qatar, from East to West.
Key figures include:
– Total of 32km bore tunnelling with diameter of 6 metres
– Tunnelling lined with approximately 128,000 segments
– 6 Tunnel Boring Machines (TBM) utilised simultaneously
– 13 underground stations fitted out with high-end finishes and state of the art MEP systems
– 2.5 million m3 of excavation for the stations
– 1 million m3 of concreting
– Project includes traffic and utility diversions.

The project duration is 54 months and is due to be completed on August of 2018. This project reinforces Aktor’s presence in Qatar and the Middle East as well as the strategic positioning as a leading international contractor.