Forbes: Athens Marathon Is Worth Traveling For 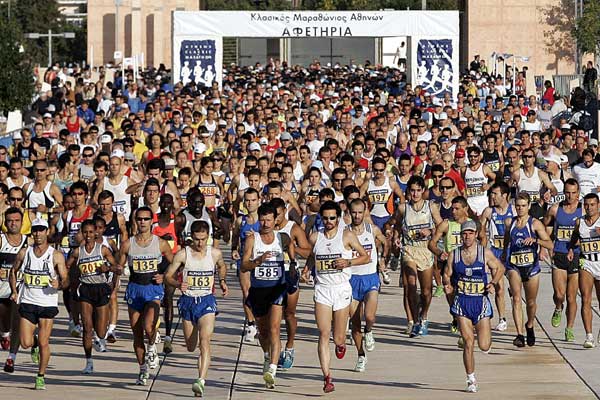 American magazine Forbes has featured Athens Classic Marathon in its top 10 list of “Marathons Worth Traveling For.”
“Run the race where it all started: The trek begins on an ancient battlefield in the town of Marathon. This course is challenging, as it begins near the Aegean Sea and climbs up toward Athens. But we think the chance to follow in Pheidippides’ footsteps from Marathon to Athens, passing by the Tomb of Marathon where the Athenian soldiers who died in the legendary battle are buried, makes up for any uphill discomfort, especially when you reach the finish line at the Panathenaic Stadium where the first modern Olympic Games were held in 1896,”  notes the article.
This year Athens classic Marathon will take place on November 9.
The top 10 Marathons worth traveling for according to Forbes are:
Napa Valley Marathon, California, USA
Schneider Electric Marathon de Paris, France
Virgin Money London Marathon, UK
Boston Marathon, USA
Big Sur International Marathon, California, USA
BMO Vancouver Marathon, Canada
Great Wall Marathon, Tianjin, China
Marathon de la Baie du Mont Saint-Michel, France
Big Five Marathon, Limpopo, South Africa
Athens Classic Marathon, Greece