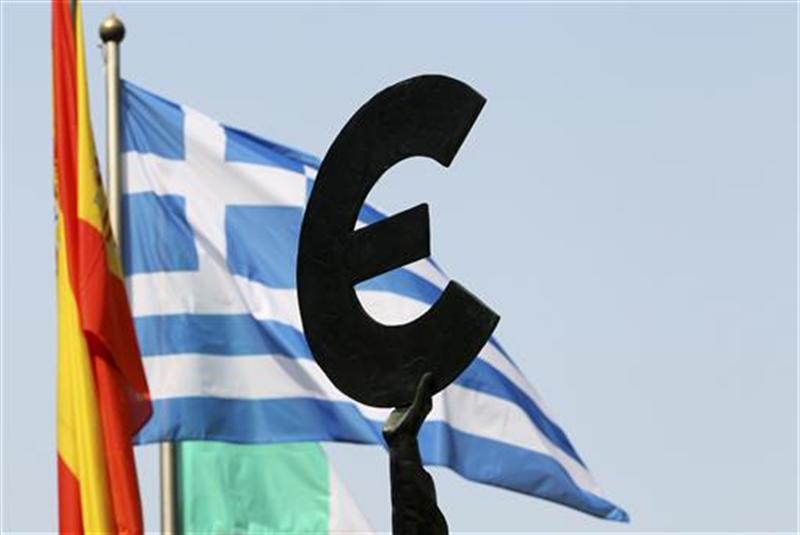 The European Union’s statistics agency Eurostat has said it manipulated data to show that Greece has a primary surplus of 1.5 billion euros when in reality it still runs a deficit, but defended the fudge as a legitimate exception afforded none of the other countries in the bloc.
Prime Minister Antonis Samaras touted the primary surplus, even though it failed to account for interest payments on Greece’s debt, the cost of running cities and towns, social security and some military spending.
That was key to allowing the government to seek relief from 240 billion euros ($330.7 billion) in debt owed to the Troika of the European Union-International Monetary Fund-European Central Bank (EU-IMF-ECB).
Samaras also said he will now return 70 percent of the surplus to low-income pensioners, among the hardest hit by austerity measures he imposed on Troika orders, but a “social dividend” will also go to the military, police and emergency personnel, a core constituency of his New Democracy conservatives.
The party faces a stern test in next month’s elections for municipalities and the European Parliament from the major opposition Coalition of the Radical Left (SYRIZA), which is opposed to the terms of the rescue packages.
But critics are now questioning the methodology used to determine the primary surplus and whether it was a political tool to help buffer Samaras against SYRIZA, whose leader Alexis Tsipiras said he would revise the Troika deal or renege on the loans if he comes to power.
It has also brought back the dubious tag of “Greek statistics,” after the New Democracy government of then-premier Costas Karamanlis from 2004-09 lied about the state of the economy, precipitating a crushing economic crisis and a deep recession now in its seventh year.
The Wall Street Journal said the primary surplus helps Samaras because it means he could also default on debt while continuing to pay pensions and salaries, although that would undermine the return to bond markets that began earlier this month when Greece floated a 3-billion euro five-year instrument at 4.95 percent interest.
“Hurray, many said: Athens has finally met its budget goals, after years of failing to comply with austerity targets that crushed the economy and were later viewed as too tough even by Greece’s creditors,” the Journal wrote in irony.
The figure is “a reflection of the remarkable progress Greece has made in repairing its public finances since 2010,” said Simon O’Connor, a spokesman for the European Commission.
“But take a step back, and look more closely: something isn’t quite right,” the Journal added. It said that the figures showed that Greece had a government deficit in 2013 of €23 billion, and spent €7.2 billion on interest payments.
That makes the primary balance (under the definition widely used by economists and Eurostat itself) a deficit of €16 billion, or 8.7% of Greece’s gross domestic product (GDP).
O’Connor said the commission’s “primary surplus” figure includes adjustments to the Eurostat definition, though he said he didn’t know precisely what they were and referred questions to a Commission spokesman.
An EU spokesman said Eurostat excluded interest, which accounts for four percent of GDP, which is allowable under accounting principles.
But other items excluded from the accounting also included 50 billion euros to recapitalize Greek banks, which was another 10.8 percent of GDP, and transfers from other Eurozone countries of their profits on Greek bonds, which was another 1.5 percent.
The excluded items then were some 15.3 percent of GDP, a staggering amount that allowed Greece to show a huge deficit as a primary surplus of 0.8 percent instead.
Greek economics blogger Yanis Varoufakis, a leading critic of the government and austerity, said the figures showing a primary surplus were a “mirage” and tweaked as a political gimmick to help Samaras and PASOK, which is disappearing off the political radar screen.
He wrote that it was “purposely concocted by Eurostat and ELSTAT (the Greek statistics agency) under the watchful, and conniving, eyes of Berlin, Frankfurt and Brussels,” referring to the EU and German Chancellor Angela Merkel, whose country is putting up much of the bailouts and who insisted on big pay cuts, tax hikes, slashed pensions and worker firings.
Varoufakis said Greece actually has a deficit of 2.1 percent of GDP and added that the data given to ELSTAT or Eurostat also failed to account for four billion euros the state owes the private sector, which it promised to pay last year but so far has not.
Furthermore, he added, Greece deliberately manipulated the books to show it had 5.4 billion euros in local authorities’ accounts and state pension funds – both of which otherwise had huge deficits.
He said that money came from monies the government borrowed and put into those accounts to show they were solvent instead of bankrupt.
“The notion that, during 2013, they held more that five billion euros worth of real, home-grown liquid assets on behalf of the government is utterly laughable,” he said.
Why was it allowed? “Frankfurt and Brussels are only interested in one thing these says, regarding Greece: To declare victory against the Greek crisis prior to the May European Parliament Elections. Eurostat was just doing as it was told,” he claimed.

Games and workshops based on Ancient Greece and its political figures were recently created by group of academics from the University of Exeter in England.
Greek News

Greece announced on Saturday 2,301 new cases of coronavirus and 41 fatalities., while a total of 452 patients remain intubated in ICU.
Greek News