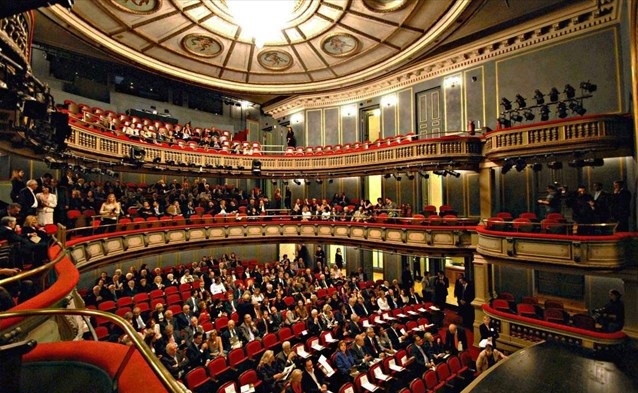 The National Theater of Greece is planning to establish a troupe which will tour around the world. The troupe will perform for 7 months per year in countries with a strong Greek presence said Sotiris Hatzakis, the new artistic director of the National Theater.

The National Theater’s troupe will visit Australia in 2015 to present “Erotokritos” by Vincenzo Kornaros. The poem that consists of 10,012 fifteen-syllable rhymed verses is one of the most important works of the Greek and European renaissance literature. “Erotokritos” is a treasure of the Greek tradition which has nurtured many generations of Greeks. It reflects the tenderness of love, the strength of the Greek spirit and the beauty of the Cretan dialect.

The poem presents a love story between Erotokritos and Aretousa. Aretousa, the daughter of Hercules, king of Athens, falls in love with Erotokritos, the son of the faithful adviser to the king. However, when the king learned about their affair, he punishes Erotokritos with exile and jails Aretousa. Erotokritos after three years in exile, reappears in disguise. At the time, Athens was at war with the Vlachs and during a battle the young man saves the king’s life. In order to thank him, the king offers the stranger his kingdom. The young man refuses his offer and asks the king to marry his daughter. However, Aretousa, not being aware of his true identity, refuses. Finally Erotokritos reveals himself and Aretousa accepts. The king reconciles with Erotokritos who ascends to the throne of Athens.