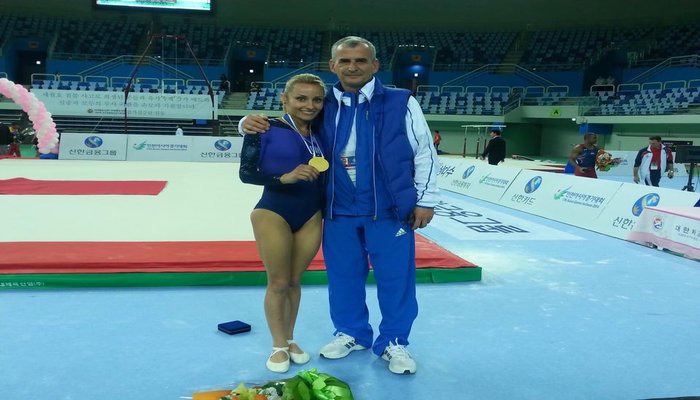 More specifically, in artistic gymnastics the two-time Olympian Vaso Millousi won the gold medal on the balance beam with a score of 14,325 points, a 700 point difference from the team that placed second.

The gold medal on floor exercise has been awarded to 2010 world champion Lefteris Kosmidis, who beat among others the American world champion Jake Dalton, scoring 15,125 points. On still rings Lefteris Petrounias ranked second with a score of 15,625 points, only 25 points behind the winning gold medalist.

In rhythmic gymnastics, Varvara Filiou won three bronze medals for Greece, one on ribbon scoring 16,750 points, one on clubs with 16,900 points and one on ball with a score of 17,800 points.

The zeibekiko requires an inner intensity, as it is an improvised movement that expresses the feelings of the individual who gets up to dance.
Food

Feta, Greece's most famous cheese, has become viral world-wide thanks to a food blogger who recently created an easy and tasty recipe of feta with pasta.
Cyprus