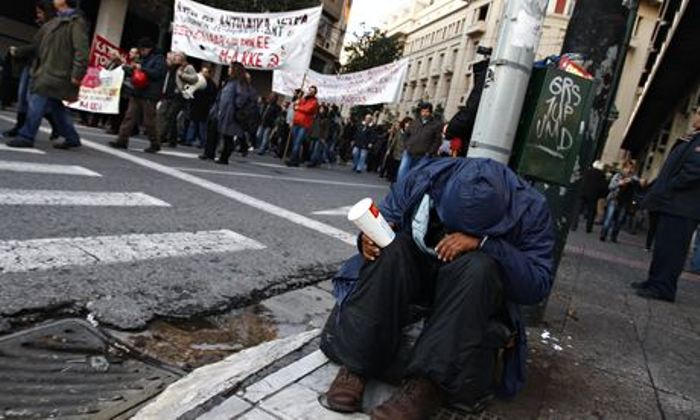 Research conducted by the University of Portsmouth found a correlation between austerity measures and suicides in Greece. Male suicides caused by spending cuts have risen since the economic recession has started.
According to the research which aspires to underline the health costs of austerity, every one percent decrease in government spending in Greece has led to a 0.43 percent rise in male suicides, i.e. between 2009 and 2010, 551 Greek men committed suicide “solely because of fiscal austerity.” Nikolaos Antonakakis, the paper’s co-author, stressed “that is almost one person per day. Given that in 2010 there were around two suicides in Greece per day, it appears 50 percent were due to austerity.”
As The Guardian mentioned in an extended article, Mr. Antonakakis, who is of Greek origin himself, was interested in looking into the potential correlation between austerity and suicide rates after media had released several stories of distant friends committing suicide.
The two authors of the report, Mr. Antonakakis and Mr. Alan Collins, were surprised to have discovered how many suicides were linked to austerity in the end. However, no obvious rise in female suicide was recorded during the research and those who faced the highest risk were men between the ages of 45-89.
Antonakakis and Collins are considering conducting the same research on other crisis stricken countries such as Spain, Italy, Portugal and Ireland. At the same time, they are urging policymakers to place more attention on the impact spending cuts have on health.
“These findings have strong implications for policymakers and for health agencies,” stated Mr. Antonakakis. “We often talk about the fiscal multiplier effect of austerity, such as what it does to GDP. But what is the health multiplier? We have to consider the health multipliers of any fiscal consolidation and austerity. The fact we find gender specificity and age specificity can help health agencies target their help,” he continued.