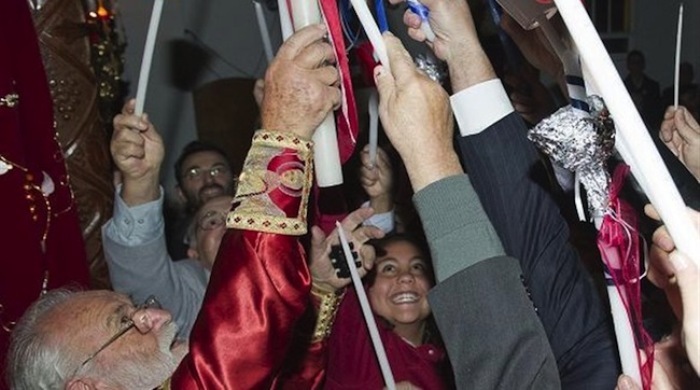 On the night of Easter, a record number of believers attended Greek-Orthodox Churches across Australia and mainly in Melbourne, the epicenter of the Greek Diaspora.

With reverence and solemnity, Greek-Australians who attended mass at midnight on Holy Saturday, filled the areas inside and outside the churches, drawing the attention of the locals as they lit their candles and carried the Holy Light to their homes.

The fact that this year’s Orthodox and Catholic Easter celebrations coincided, as well as the school holidays played a major role in this massive turnout of church goers. On Sunday, the air of “Greek homes” in Melbourne, Sydney and Adelaide were full of Greek smells, sounds and colors.

As tradition dictates, Greek households host a traditional Greek feast with a large spread of various dishes. The main dish being of course lamb.