GRNews
GreekReporter.comGreeceGreece's Repo Luxury Cars to be Raffled To Taxpayers

Greece's Repo Luxury Cars to be Raffled To Taxpayers 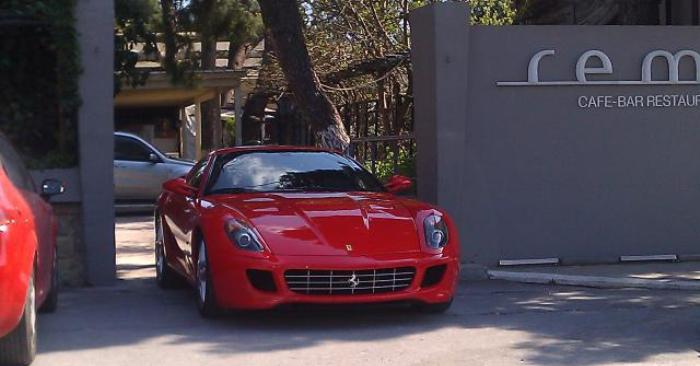 In a bid for citizens not to avoid tax, Greece is preparing to give away the luxury cars authorities have repossessed in the economic crisis in a prize draw, tickets for which will be … shopping receipts.
Greek newspapers have reported that some ten Ferraris and a sprinkling of Lamborghinis, Porsches, Jaguars and Mercedes will be given as prizes in weekly raffle draws this summer to those who sign up and submit their receipts and invoices, in a ironic twist that could see a wealthy tax-dodger’s ostentation become a struggling citizen’s dream come true.
Whether an impoverished winner will be able to afford the tax and running costs of such a machine remains to be seen, but the value of the prize is an attempt to encourage citizens to help stamp out black-market fakalaki or ‘little envelope’. The black economy makes up as much as 23.6 percent of the Greek economy, according to some estimates.
The luxury cars are gathering dust in the warehouses of Greece’s Organization of Public Materials Management (ODDY) and will be quite literally liberated by the ministries of finance and administrative reform. Head of the latter ministry, Kyriakos Mitsotakis said: “It is better to give the cars to the citizens rather than let them rust at ODDY.”
Greece is not the first country to dangle the yield of the taxman’s stick as a carrot to offset the state’s failure to wield it. Slovakia, Taiwan and Puerto Rico already offer vehicles as incentives to trade legally and avoid the black economy, and most recently Portugal also followed suit, raffling off two Audis on Thursday.
“It’s a smart move because it offers rewards to those who follow the law instead of punishing those who break it,” said Friedrich Schneider, a professor at the Johannes Kepler University in Linz, Austria, who specializes in shadow economies. “This type of incentive will work well in countries that are poor and where winning a car is a big deal,” he told financial newswire Bloomberg.
Critics, however, say such a move turns citizens into tax collectors, and is a thinly veiled attempt to monitor individuals more closely.
Satirists, meanwhile, are thriving on the news. One Portuguese cartoon depicts people queuing outside a soup kitchen, whose loudspeaker is asking for the owners of all the Audis to kindly move their vehicles out of the way.