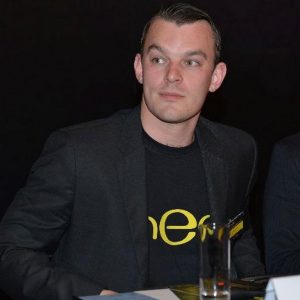 Former staff at Nicosia-based bitcoin company Neo & Bee apparently took to the internet Friday to speak out against their British ex-boss, Danny Brewster, who is wanted by Cyprus police on suspicion of fraud after leaving the island owing depositors.
Via social networking site reddit, two people claiming to have been executives at the ailing cryptocurrency start-up accused Brewster of disappearing with company money. The joint statement by Neo & Bee’s former chief operating officer George Papageorgiou and compliance manager Øystein Aaby claim the management team were “misled and the truth was obfuscated from us” and that Brewster ran “rampant, without accountability and with full control of all the bitcoins, until it was too late.”
Brewster is accused of fraud by two people who deposited a combined 35,000 euros with him before he left Cyprus in late March, allegedly to raise more funds for the business. He failed to return after he claimed to have received e-mails threatening his daughter in Cyprus, who he seems to have left there to face the threat alone in the expensive house he paid a year’s rent up front for only two months ago.
Papageorgiou and Aaby say Brewster had claimed to have 9,400 bitcoins when the company started, but called his team together shortly before his disappearance to tell them only 140 bitcoins remained.
They also reported that Brewster’s Bentley was up for sale in a Cypriot dealership, duty paid recently to the tune of – perhaps coincidentally – 35,000 euros
“We will remain in contact with the community and authorities to clear this situation out to its full extent,” Papageorgiou and Aaby wrote.
“This was the doing of one person in full control of a business’ funds, not technology and certainly not Bitcoin’s. What we face, is in its core, a corporate governance failure, pervasive in conventional businesses even more often than it is in Bitcoin businesses,” the pair concluded.
Even though Cyprus police issued a warrant for 27 year-old Brewster’s arrest earlier this month, the pair said they had kept their silence in the hope they might be able to salvage the infant company, launched in February with an expensive, unmissable media campaign under the slogan  “Who is Neo?”, shortly before bitcoin took a nosedive when the currency’s main marketplace, MtGox, went into bankruptcy.
Neo & Bee seems ever less likely to avoid the same fate, but “Where is Neo?” was the question on the front pages in liquidity-starved Cyprus last weekend, and Friday’s revelations will only add fuel to speculation as to whether or not the sting proves to ‘Bee’ in the tail.