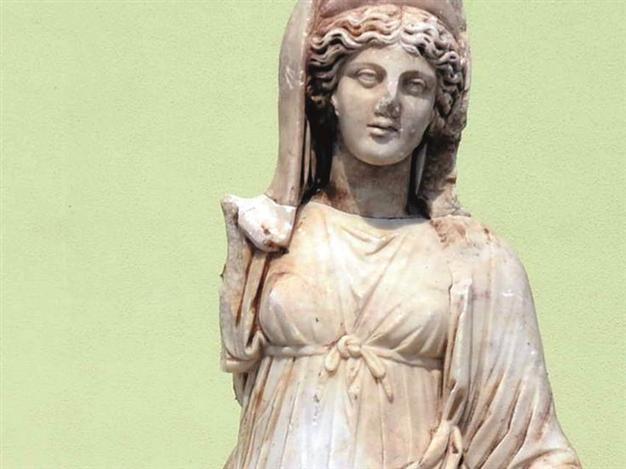 A statue, believed to be the ancient Greek goddess Demeter, has been unearthed at an illegal excavation in Simav, western Turkey. The statue, weighing in at 610kg and standing 2.8 meters tall, was discovered by two Turks, Ramazan C. And Ismail G, 26 and 62 years old respectively, who are alleged to have been conducting illegal excavations in the wider area where the statue was found. The two men were taken into custody by the Turkish police and sent to court.

The head of the statue and the altar, missing during the raid, were later found in a house in the city centre.

In Greek mythology, Demeter, one of Zeus’ sisters, so the story goes, was the goddess of agriculture, nature, abundance and seasons, and mother of Persephone, wife of Hades.