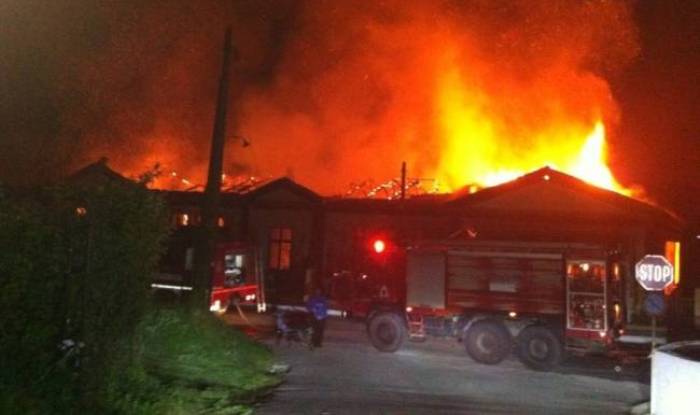 The news that it was a 49 year-old teacher at the primary school in Kymi , Greece, who set the school on fire on April 4, has come as a shock to the local community. Reportedly, the reason was because the Greek Ministry of Education and Religious Affairs, Culture and Sports had rejected his application for early retirement. After setting fire to the school, the teacher went to an abandoned house and stabbed himself in the stomach since, according to him, he could not bear the guilt.
The teacher, who, according to sources, faces psychological issues, confessed to the crime.
A shepherd who found him covered in blood, took him to the hospital in Kymi and from there he was transferred to Chalkida, where he was hospitalized.
At dawn on Friday, April 4, the teacher broke into the school and threw a lit rag soaked with gasoline into the building. The historic school was destroyed in the ensuing blaze.
He told the police that he acted in revenge, because a few months ago the Greek Ministry of Education had rejected his application for early retirement. He also said he regretted setting the school on fire.
In Kymi, there is anger and resentment at the arsonist, who faces serious charges and will be brought to justice.