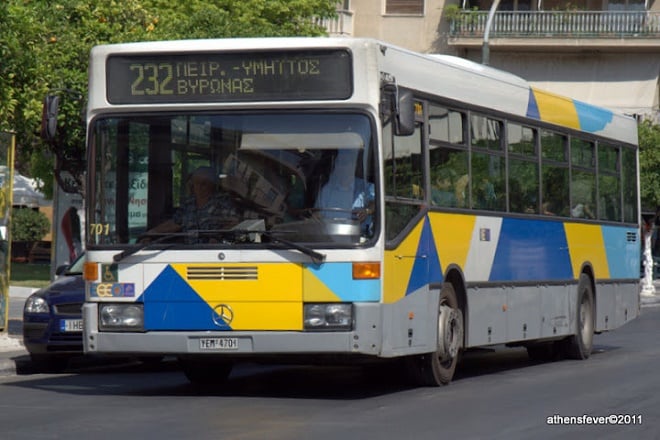 A fare-dodging former cop pulled a gun on ticket inspectors on a bus from Omonia to Piraeus Monday, according to Apostolos Raftopoulos, president of the OASA-OSY workers association.
Two inspectors found a passenger without a ticket, and appeared to be complying when they asked him to get off the bus with them at the next stop in order to issue a fine. The inspectors said he was very polite and agreed immediately.
When they got off the bus, while one inspector spoke with the driver, the other one escorted the man and asked him how old he was, in order to determine whether he would pay a full or reduced fine. At that moment, the 61-year-old offender, a retired policeman, pulled out a loaded gun and pointed it at the inspector, causing panic.
Police arrived at the scene swiftly, and escorted the man to the nearest police station, where they found that the man had a license for firearm possession.
The inspector submitted a lawsuit. The retired police officer was arrested.