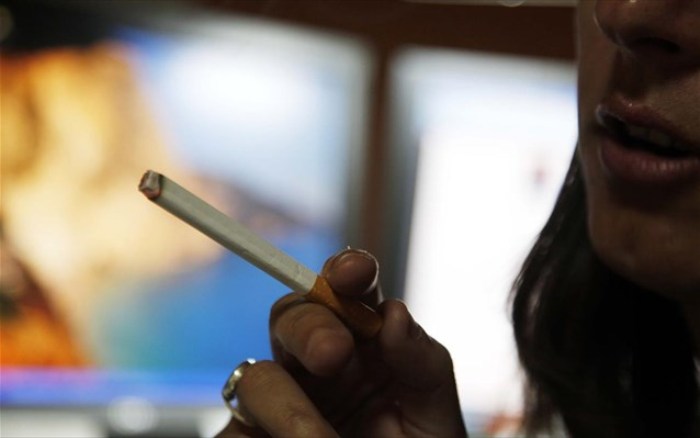 Shopkeepers of the Greek-Australian Diaspora are concerned because of the imminent smoking ban at the most “Greek” corner of Melbourne. Specifically, the pedestrian street situated at the Oakley suburb, where almost all the shops and cafes are Greek.

Since smoking is banned throughout Australia, it is about time for the same measures to be applied on this particular walkway where lots of Greeks continue smoking while a majority of the citizens have quit this habit. According to the Australian media, 70 percent of locals in Oakley stated that it would be best if the authorities ban smoking even in outdoor areas of the walkway where the local shops serve food.

Note that the Greek shops in Oakley’s region have boosted the local economy. In addition, the Greek shopkeepers pay a large amount of money annually to the municipality in order to be able to serve coffee and food in outdoor areas. Despite this fact, the local authorities seem eager to apply the measure of banning smoking in outdoor areas and are uninterested in the Greek shopkeepers woes — that if such measure were applied their shops would close as their customers are mainly Greeks and Greeks don’t go to places that prohibit smoking.