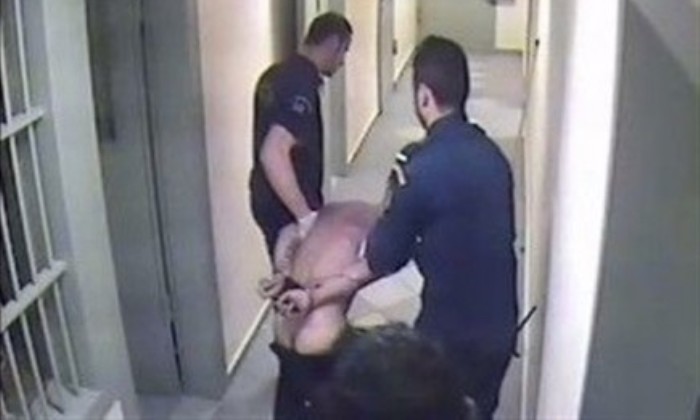 Seven shocking photos from Nigrita prison’s security cameras have come to light, showing Ilia Kareli‘s arrival and the guards’ “welcome”.
Newspaper To Vima published the photos Wednesday, prompting widespread horror across Greece.
Ilia Kareli, a 42 year-old lifer of Albanian origin, was found dead in his cell in Nigrita prison where he was transferred from Malandrino prison after he had killed a prison guard.
The pictures show 42 year-old Kareli arriving at Nigrita prison at 15:45 on March 27. At 18:30, prison guards are shown pulling him out naked and in appalling condition after the torture he had suffered. Kareli appears unable to stand on his own, while the prison guards seem to be dragging him to his cell, where he was later found dead.
Fifteen prison guards are accused of Kareli’s torture, eight of whom have already testified, with six in detention awaiting trial.
The remaining seven prison guards, including the prison’s director, are expected to testify imminently.