A Greek Doctor Who Helped Immigrants in Australia 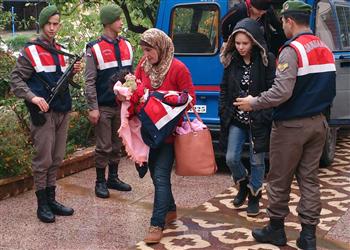 Georgios Sakellariou was a refugee and he never let himself forget it. He worked as a doctor well into old age providing the immigrants and refugees of Australia with his services.

He was born in 1924 on the banks of Danube in Romania to Greek parents. His father, Evangelos, came from Salamina and his mother Anastasia was born in France. At the time, there was a large Greek community in the area, and the school where he studied Greek used to bring teachers from Greece.

When the Germans took over the country during World War II, Sakellariou’s family was forced to give their house to German troops. When speaking about this peculiar co-habitation, Georgios remembers that the German soldiers would share their imported and scarce snacks with him.

Then, while George was studying to be a doctor in Transylvania, the Russians came in, occupying Romania, which led to his subsequent decision to escape the communist regime, moving to Vienna in 1946. In the same year he had also met his wife who was also trying to escape and they ended up in a refugee camp in Greece. From there they left for Sydney, Australia.

During this period, Georgios was only 24 years old and spoke Greek, Romanian, French, Italian and a little German, but no English. He started working as a manual worker, until he received a proposal to work in the Commonwealth Scientific and Industrial Research Organisation (CSIRO). He was accepted by the Medical School of the University of Sydney, where he began his studies while he was still working.

When he graduated, he and his wife already had five children, two of whom were diagnosed with autism. The couple’s contribution in the establishment of the Autistic Association in Australia was remarkable.

Georgios Sakellariou worked as a general practitioner in Newton, Bexley and later in Double Bay, and in the 70s he specialized in psychiatry.

He offered his services to immigrant communities, particularly to the Greek Diaspora and was always loved by his patients.