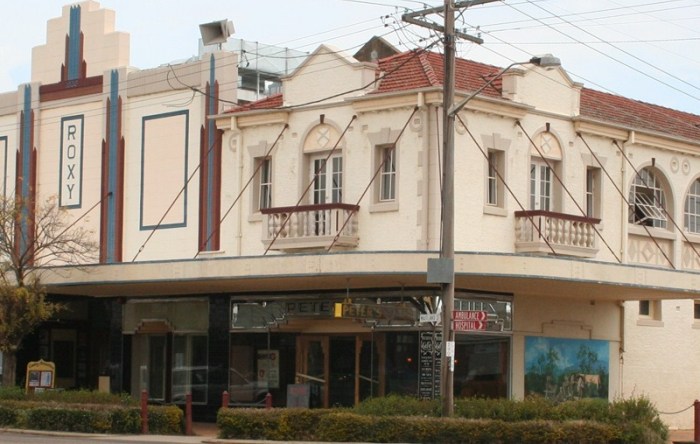 Bingara, a small town in the New England region of New South Wales, Australia — about a seven hour drive away from Sidney and a four hour road drive from Brisbane — now hosts the Roxy Museum.

The Roxy Museum, built to give visitors a journey of the life and developments of the first Greeks who immigrated to the village, finally opened it’s doors on April 5. It is the final jewel of the Roxy Theatre complex and the last chapter of restoration of a truly great Greek Australian landmark. It is a landmark that restores the Greek-Australian history of the village in a remarkable way.

The village is connected with the history of the Greek immigrants that came to Australia seeking a better future. In particular, the Greek immigrants managed to become an integral part of Bingara’s economy due to the cafes that they have built in the area. This became something like an institution for the Australians, known as “Greek country café.”

Peter Feros, George Psaltis and Emanuel Aroney, are the Greeks that opened the first café in the village. In March 1936, the three partners inaugurated the original Roxy Theatre, an entertainment complex without equal in the region.

Today, Peter Prineas — the grandson of Peter Feros — was appointed curator of the Roxy Museum. Mr. Prineas began researching the Roxy’s history in 2004. His book on the subject “Katsehamos and the Great Idea” became the catalyst for the further re-development of the building.

This prototypal museum was inaugurated last Saturday, by the New South Wales (NSW) state’s governor, Marie Bashir. A series of stunning interactive exhibits are expected to be displayed  in the historic building, telling the story of the Greek diaspora’s experience beyond Australia’s big cities.