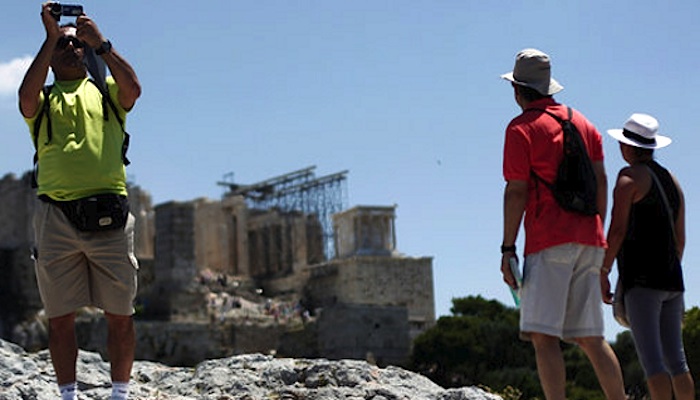 A recent survey by the travel search engine “trivago” of its users placed Greece’s capital city of Athens at the top of this year’s preferred Easter destinations for foreign tourists.
The website revealed that Athens is found to be the cheapest European capital to stay in, with accommodation averaging €80 per night during Easter, followed by Berlin at €94 per night.
The island of Rhodes came out as second-favorite destination for foreign tourists visiting Greece during the Easter period, offering accommodation at an average price of €61 per night for a twin room. The lowest, however, price is recorded in Chania, Crete, with rooms at only €58 per night.
This year’s list is similar to that of 2013, as foreign tourists seem to be returning to their favorite Greek places. Athens and Rhodes also topped last year’s list, while the island of Kos, which in 2013 ranked fourth, this year didn’t make it into the top 10 Greek destinations.
Meanwhile, Greek tourists will be traveling further afield this Easter, as European destinations are among the most popular searches by Greek users, with the Italian capital Rome top choice. Accommodation there averages €168, followed by the more expensive French capital Paris at €177. Third and fourth places are taken by London and Istanbul, respectively.
Last year’s top ten destinations for Greek tourists consisted primarily of local places, but on this year’s list the only destination in Greece is Corfu, where nightly accommodation costs an average of €104.