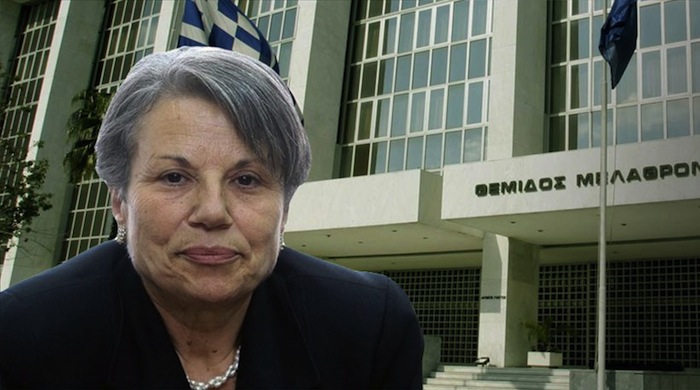 Greece’s Supreme Court prosecutor Efterpi Koutzamani on Monday ordered prosecutors to initiate proceedings for the immediate arrest of anyone who publishes ‘illegally obtained’ footage.
Koutzamani’s instructions come amid claims from Golden Dawn, that it is planning to make more videos public, similar to the release that cost former cabinet secretary Panayiotis Baltakos his job last week. Public Order Minister Nikos Dendias had earlier written to Koutzamani to ask her to look in to the extremist party’s allegations, and for the investigation into the video released last week to be sped up.
Golden Dawn MP Ilias Kasidiaris, who released the video that caused the furore, responded to the Supreme Court prosecutor: “Ms. Koutzamanis’ threatens that she will arrest any MP that attempts to uncover the truth, or confirm Baltakos’ statements. The Supreme Court prosecutor is working for Samaras’ junta,” said the Golden Dawn representative, outside Parliament.
“Golden Dawn began a legal political struggle in the name of the Greek people and we plan to finish it, until everyone who is trying to bring down the Greek constitution goes to jail,” concluded Kasidiaris.