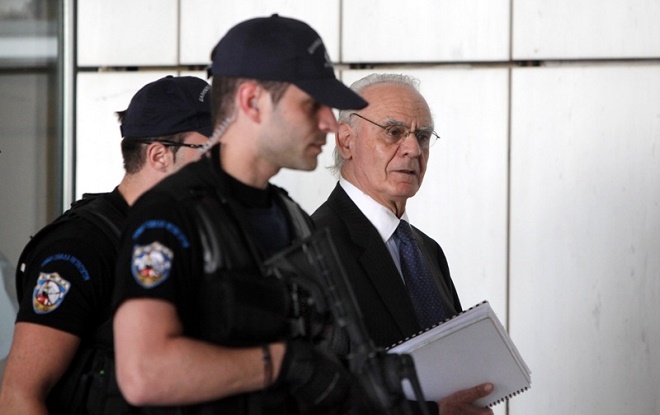 Greece’s court of appeal has handed down a reduced sentence to former government minister Akis Tsochatzopoulos for false declaration of wealth regarding a property on Dionysiou Areopagitou Street in downtown Athens.
Tsochatzopoulos, in jail for the crime since his April 2013 conviction, received a revised five-and-a-half year suspended sentence – down from eight years – and a reduced fine of 210,000 euros, down from 520,000 euros.
For the first time since Tsochatzopoulos was brought to justice, it was noted that he had previously led an honest life – even though he accepted millions of euros in bribes while negotiating arms deals as the country’s defence minister, from 1996 to 2001, which were funnelled through foreign bank accounts.
The former minister had claimed ignorance of the law pertaining to the property, but that held little water with the prosecutors.
The sentencing decision was taken by majority vote, although two of the five-member court sought that an even lesser sentence be imposed on the convicted fraudster.