GRNews
GreekReporter.comGreek newsGreeks of Chile Safe and Sound after Earthquake

Greeks of Chile Safe and Sound after Earthquake 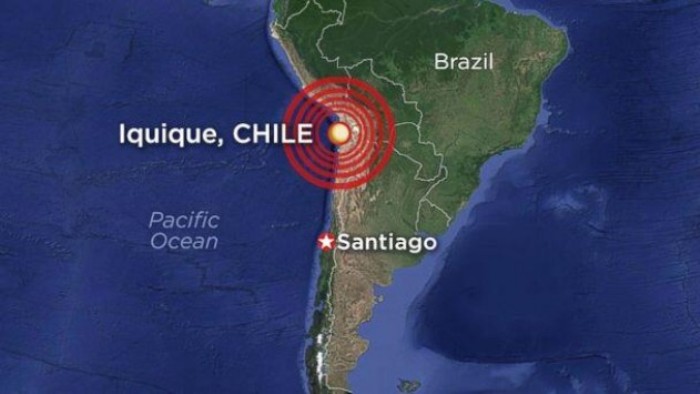 The Greek authorities were deeply concerned about the well-being of approximately 5,000 Greeks who live in Chile, after a tremendous earthquake with a magnitude of 8.2 on the Richter scale struck the country. Fortunately, the Greek embassy of Chile in Santiago reassured the Greek authorities that all Greeks are safe and sound. The deadly earthquake caused the death of 6 people and injuries to an unknown number of people.

Approximately 1,000 out of a total of 5,000 Greeks who live and work in the country have homes in the north part of Chile, where the earthquake struck harder.

According to the Greek consulate in the city of Antofagasta, Anestis-Dimitris Papasideris-Ochoa reassured that he and his family are fine and that the city did not face any severe problems.

On the other hand, the Greek embassy of Santiago reports that the city’s residents did not feel the quake as the epicenter was far away.