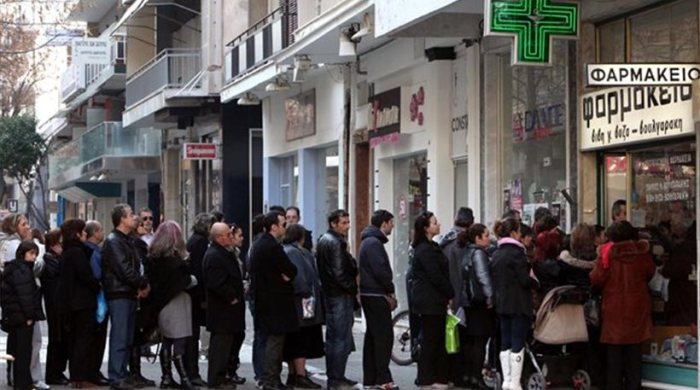 Pharmacists in Attica decided to end their strike over the liberalization of their industry on April 1, despite the approval of the critical reform bill by the Greek Parliament.
Greek pharmacists launched an indefinite strike last week over the liberalization of their profession proposed by the reform bill. The strike led to endless queues of citizens who were trying to buy their medicines from the only 50 pharmacies open in Attica.
The Pharmaceutical Association of Attica (FSA) decided on March 31 to call off its strike as of April 1st. However, Attica pharmacists will shut up shop on Tuesday from 2 pm to 8 pm as part of a protest organized by unionists against the Ecofin meeting in Athens. On April 9, they will also close from 2 pm to attend the protest rally organized by the Civil Servants’ Confederation (ADEDY). Attica pharmacists also decided to extend opening hours on weekends and night shifts.
Pharmacists in Thessaloniki decided to end their strike along with the pharmacists of Piraeus, who changed their prior decision to prolong the strike for two more days.
The Panhellenic Pharmaceutical Association (PFS) will decide later on Monday, March 31 whether or not to end the strike in the rest of Greece.
Earlier on Monday, the president of the PFS, Kyriakos Theodosiadis, announced his resignation as a member of New Democracy because as he said: “government policies are against my beliefs and principles, and will further deteriorate the pharmaceutical industry.”