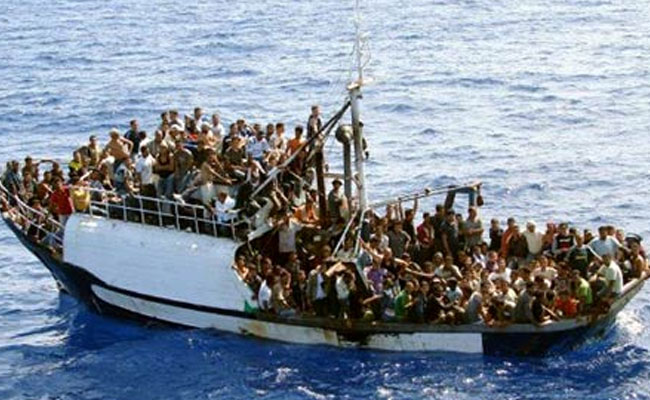 This morning, Greek Coast Guard authorities mounted a rescue operation after receiving an SOS signal on Sunday, sent by a boat carrying illegal immigrants. The rescue mission successfully came to an end on Monday afternoon, with the Coast Guard rescuing 408 illegal immigrants, including 100 women and children, who were on board an old 32-meter boat, which was located 65 nautical miles northwest of Crete.
A freighter, a tanker and a U.S. warship arrived at the location, while an offshore ship of the Greek Coast Guard was ordered to assist in the rescue mission. The ship sailed from Piraeus and a Navy frigate departed from Paros, along with another cargo ship and a Greek Coast Guard helicopter.
The boat carrying illegal immigrants, most of whom are Syrians and Egyptians, was supposed to arrive in Italy. According to reports, it is possible that the migrants will be transferred to Chania, Crete, however nothing has been finalized yet.