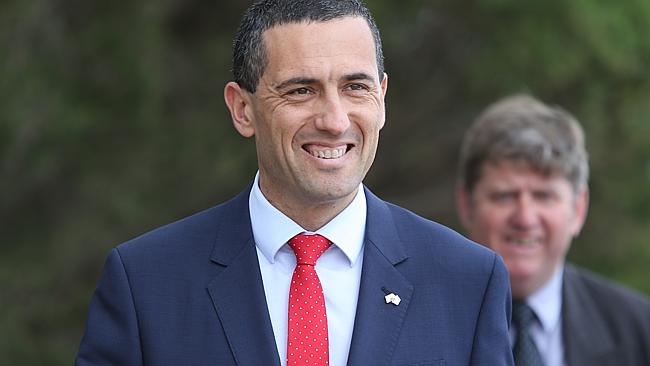 Adelaide’s Tom Koutsantonis has become the “czar” of the South Australian economy since the minority Labor government was formed after the recent state elections. South Australian Premier Jay Weatherill appointed him treasurer, and charged him with five other ministerial portfolios interwoven with the state’s economy and growth: Finance, State Development, Mineral Resources and Energy, Automotive Transformation and Small Business.

In this way, the Greek-Australian was rewarded both for his campaign efforts and his work in the previous government handling transport, infrastructure, housing, urban development as well as mineral resources and energy, a portfolio he retains.

In the end, the Labor Party managed to form a government with the support of independent MP Geoff Brock, whose support was rewarded with his appointment as Minister for Regional Development and Local Government.

Mr. Koutsantonis, 42, himself managed to increase his share of the vote to 60 percent at the recent poll in his electoral district, West Torrens, which he has represented since 1997.

Since appointment to the Labor Ministry in 2009, his rise to power has been swift, befitting the nickname “Turbo Tom” given in recognition of accumulating 58 traffic offences and more than $10,000 in fines, which proved something of a speed bump to his early ministerial career and cost him the portfolio for road safety, which he held for just 47 days until revelation of his track record.