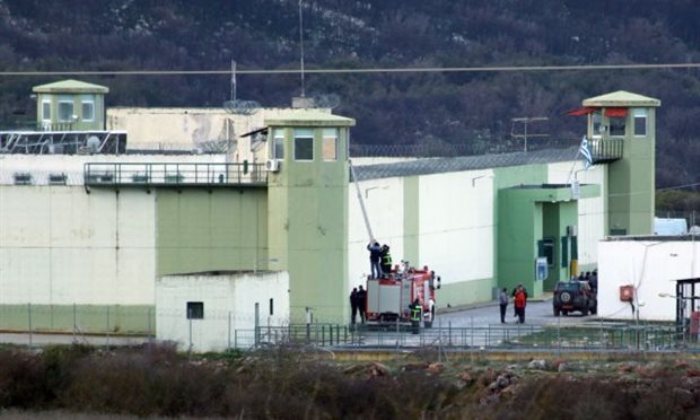 According to a Ministry of Justice official, the Greek authorities are investigating whether the murder of the prison guard, Giorgos Tsironis, by an inmate at the Malandrino Prison in central Greece, is part of an alleged effort to increase tension in the country’s jails where the situation is heated.
According to the police report the Albanian inmate, Ilia Kareli, who murdered the prison guard, explained to the judicial authorities in Amfissa, that he stabbed Giorgos Tsironis because he was denied permission to travel to Italy to visit his dying mother. The prison guard was stabbed in the neck. The other guards tried to intervene and rushed him to the hospital, but it was already too late as Giorgos Tsironis succumbed to his wounds.
On Wednesday, the prosecutor Nikos Antonarakos visited the Malandrino Prison in order to gather more information about the death of the guard and whether it was a random incident or part of a more widespread conspiracy plan to cause instability in the jail’s interior.
Supreme Court prosecutor Efterpi Koutzamani had launched an urgent investigation last week after an Athenian lawyer sent a fax to a Corfu prison last week urging the inmates to rise up against the governmental plans to create “Guantanamo-style” high-security prisons.
In particular, the Greek government wants to turn Domokos jail in central Greece into a maximum-security facility for dangerous criminals, who would not be granted leave.