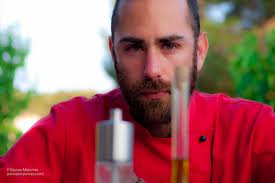 Just a day after celebrating its 100th anniversary, Aris, one of Greece’s best-known football clubs, has been relegated to the second division for only the third time in its history. Ergotelis F.C delivered the final blow, sealing Aris’ fate with a painful 0-2 victory over their crest-fallen hosts.
The visitors’ first goal came in the 28th minute, courtesy of central defender Giorgos Sarris.  Two minutes later and before Aris was able to recover from the shock Dimitrios Diamantakos doubled the deficit and condemned Aris F.C to the second division.
The result left Aris 11 points outside the play-off positions with only three games to play.
The fans were especially disappointed that their side should be relegated in such a landmark year for the club. They fell out of the top flight previously in 1996-1997 and 2004-2005.
Elsewhere in the Greek Superleague, Veroia and Platanias boosted their chances of avoiding relegation, Platanias beating Levadiakos 2-0 while Veroia beat Xanthi 3-2 to widen the gap between them and Apollon Smirnis, who faces PAOK today.
Panionios stands four points above Veroia and Platanias after a 1-1 draw against Panaitolikos.
In the top half of the table, Asteras Tripolis achieved a surprising 2-1 victory over champions Olympiakos, while second-place Atromitos suffered a 2-0 defeat to OFI.