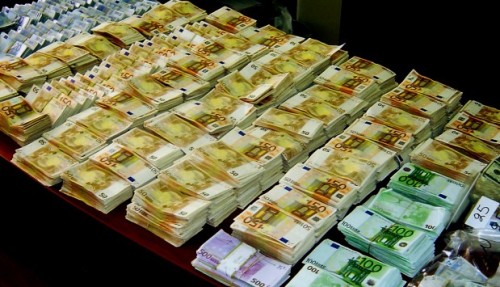 The recovery of the Greek economy may be around the corner, but the country’s banks still seem to be tightening credit, thus draining Greek companies of vital cash flow.
Last year, the Bank of Greece (BoG) made clear that new loans would be issued only to healthy and sustainable enterprises and business sectors, so liquidity is not expected to be return to previous levels for at least the immediate future.
According to BoG data, net cash flow to the domestic private sector February 2014 fell by €773 million, shrinking 4 percent, year-on-year, as it did in January.
The net flow of funding to businesses, in February 2014, retreated by €439 million, while the annual growth rate remained steady at -5.2 percent, as per January 2014. Funding to non-financial companies February 2014 fell at an annualized rate -5.1 percent, up from -5.3 percent in January. The funding net flow also retreated by €353 million. The funding to insurance companies and other financial institutions also dropped at an annual -7.1 percent, dipping steeply from -4.1 percent in January.
The data published by Greece’s central bank also reveal that the net flow of funding to freelance professionals, farmers and sole proprietorships held a negative flow of €19 million in February 2014, while the annual rate stood still at 0.9 percent. The net flow to individuals and private non-profit institutions retreated February 2014 by €314 million, while the annual rate also fell to -3.3 percent from -3.4 percent in January.