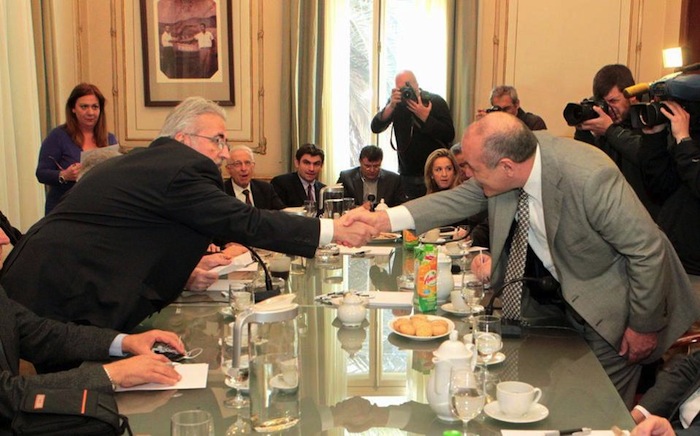 Greece ‘s umbrella trade union organisation for private-sector employees GSEE and employers’ associations on Wednesday signed a new national general collective labour agreement for the next year.
Under the new agreement, the basic terms of previous agreements such the marriage allowance and the 13th and 14th salary in the private sector are preserved. It was also agreed that fathers would also be able to take time off in order to look after their children, in cases where the mother was self-employed.
Social partners did not discuss the issue of minimum wage, which is now set by law. Nevertheless, a special clause was introduced according to which, if this legislation changed while the current agreement is in effect, then direct negotiations would start regarding the wage levels of the national collective agreement.
“We will fight to restore wages and labour relations,” GSEE head Yiannis Panagopoulos said after the meeting. He said the possibility of new interventions in the social security system and labour relations was “unthinkable”. Referring to the reduction of the minimum wage for young people, he pointed out the measure had failed in its stated goal, which was to help reduce youth unemployment, with the last having multiplied since the measure’s introduction.
The new agreement is effective as of January 1, 2014 until December 31, 2014.
Labour Minister Yiannis Vroutsis welcomed the signing of the new agreement. “This confirms the collective autonomy of the social partners and the effective dynamics it can have when there is a spirit of maturity, cooperation and mutual trust,” he said in a statement.