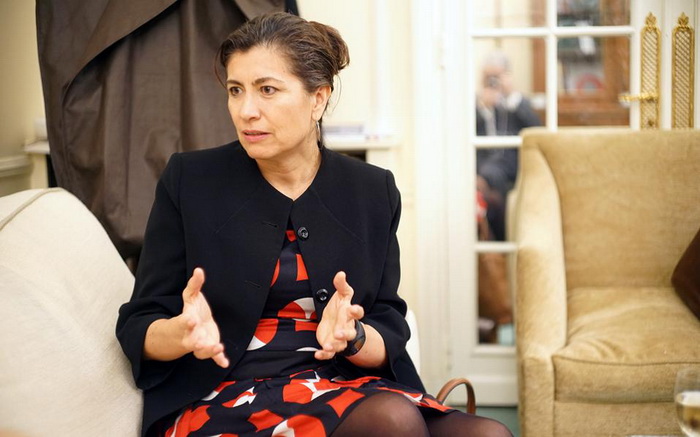 As Chief of Staff for the Organization for Economic Co-operation and Development (OECD) and its official representative to the G20, Mexican Gabriela Ramos is perhaps among the world’s most powerful women, and in a recent interview in Paris with Greek “K” magazine, she explained her sympathy for the suffering within Greece.
Ramos commented on the OECD’s new approach, which prescribes that no economic policy can be implemented effectively in a country unless those who planned it have an in-depth knowledge of that country’s culture and history, and understand the mentality of its people and have adequately mapped existing infrastructure.
“The Greek financial crisis is a constant concern for the Secretary-General and he feels personally involved,” said Ramos of the experiences of OECD Secretary-General, Angel Gurría, during his recent visit to the country, adding: “He knows that Greece isn’t simply a balance sheet but a country where its residents suffer. We are talking about real people who feel that the ground has subsided beneath their feet, who have lost their jobs, their living standards and their safety. Greeks are not just numbers in a case study.”
Both Gurría and Ramos come from Latin America and know exactly what a financial crisis feels like. “Several parallels can be drawn between today’s Greece and Mexico in the 1980s. Maybe it’s that personal experience which makes us see the human dimension of any economic policy,” said Ramos.
“The crisis in Greece has taught us that it’s not worth examining a complex issue only from an economic perspective. If we don’t know what’s going on in the public administration in Greece and where the system’s malfunctions are, how can we put make suggestions that will bring development or improvement,” Ramos asked, referring to the OECD’s new approach.

The migrant camp of Kara Tepe in the island of Lesvos will shut down within the next few weeks, Μigration Minister Notis Mitarakis said.
Animals

Greece is introducing new regulations for pet owners, sellers and stricter penalties for pet abuse in a new bill presented to Parliament on Thursday.
Food