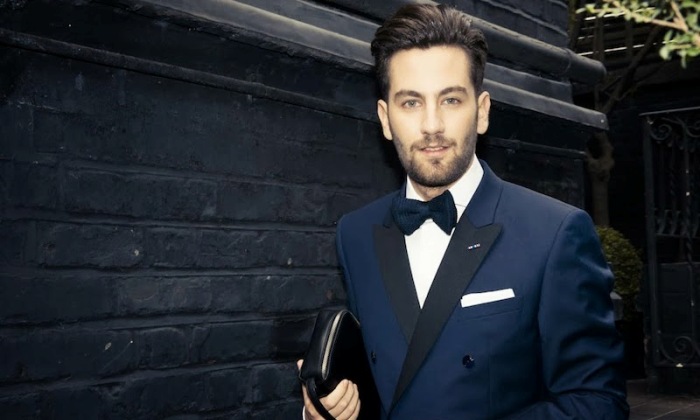 Three years ago, while wandering the streets of London during British fashion Week, the Greek Matthew Zorpas was captured by the lens of Fashion Police column GQ magazine.

That was all this dapper young lad needed to snag public attention… for weeks ahead, he owned the title of most well-dressed man.

But who is Matthew Zorpas? He was born in Cyprus and seven years ago moved to Great Britain to further his studies. His first job was London’s Fashion Week. Later, he earned his place at the fashion houses Vivienne Westwood and Saatchi&Saatchi.

When the crisis hit South Britain, he lost his job but didn’t give up. “I was totally disappointed, I couldn’t find a job anywhere. But one morning I got up in a different mood and said to myself, it’s time to take matters into my own hands. So I created the purebred male blog www.thegentlemanblogger.com,” he stated. Today, the blog has more than 50,000 visitors a month.

Apart from being involved in fashion, Matthew Zorpas teaches Luxury Brand Management at the Instituto Marangoni. Moreover, he has worked with major brands such as Gucci, Armani Exchange and Zegna, while recently adding the Tommy Hilfiger house to his extensive resume.

Zorpa isn’t shy to admit that everyone who hears his name for the first time recalls Anthony Quinn’s movie and teases him saying, that despite the protocol and the well-cut suits, deep down he still remains an authentic “Zorpa the Greek.”