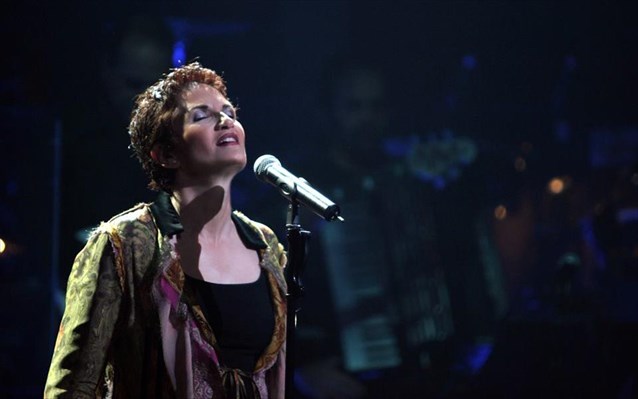 Alkistis Protopsalti sang famous Greek songs by Mikis Theodorakis, Dimitra Galani and many more artists at the Metropolitan Museum of Art in New York, next to exhibition rooms with priceless artifacts that showcase the timeless values of Greek culture.

The acclaimed Greek singer amazed the audience with her songs and the unchanged compositions of Theodorakis, Hadjidakis, Andriopoulos, Lagios and others, adding her own special flare to the songs. She took her audience down a road of nostalgia reminding them of amazing music that has been part of Greek history and culture for many years.

The concert, called “Ichochromata: From Odysseas Elytis to Modern Greek Songs” took place yesterday evening in New York. It was organized by the General Secretariat for Gender Equality as a parallel cultural event on the occasion of the 58th Session of the United Nations Convention on the Status of Women, with the support of the Greek National Tourism Organization. Admission to the event was free and all expenses were covered by Alma Bank, while all revenues made from contributions will be given to the Association of Parents of Children with Cancer “Floga.”

Intubations and deaths amongst those with Covid-19 remain high in Greece as retail shops opened around the country on Monday.
Archaeology