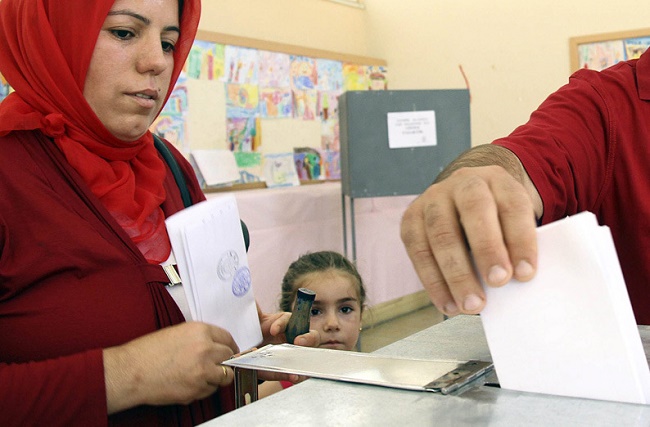 According to an article published in the Cyprus Mail newspaper, since 2004 Turkish Cypriot citizens have had the right to vote for Cyprus’ representation in the European Parliament and to do so they only had to follow the Interior Ministry’s procedures to place their name on the electoral roll, regardless of whether they resided in the free or the occupied area of Cyprus.
According to a new bill that was passed on Thursday, all Turkish Cypriot citizens now have a right to vote in the European Parliament elections if they are of legal age (18) and if they possess a modern Cypriot identification card. This means that they do not need to register with the Interior Ministry.
At the moment 1.300 Turkish Cypriots who reside in the free areas are registered to vote. Demetris Demetriou, the head of Electoral Services, stated that there are about 95,000 Turkish Cypriot who are in possession of a valid ID from the Republic of Cyprus, who will be turning 18 before the elections.
However, the new law clearly states that if, when they applied for their ID card, Turkish Cypriots declared the government controlled areas as their place of residence, then they must automatically, as must all other residents of the Republic, register on the electoral roll. At the moment, this leaves about 28,000 citizens who will have to follow the same procedure as other EU nationals, including Greek Cypriots, living in the free areas and register on the electoral roll before April 2 if they wish to have the right to vote or stand as a candidate.
At the time of the EP elections all citizens both Greek and Turkish Cypriots will follow the same procedure regardless of their place of residence.
Demetriou also mentioned that the number of Turkish Cypriots living in the free areas might be inflated. Erkin Salih, however, said that the number could be explained by Turkish Cypriots’ intention to recover their rights to old properties through the Cypriot legal system, which requires them to register as residents in the government controlled areas.