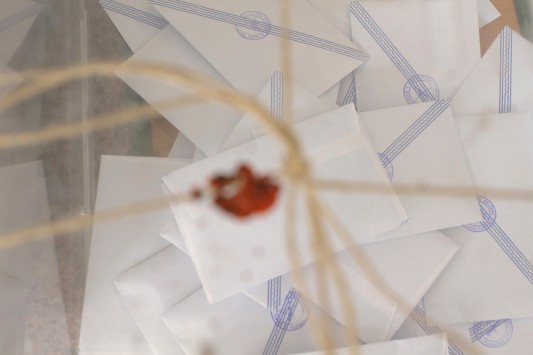 As far as polls are concerned the electoral field has been converted into a tight knot for all parties, since it appears that people are still undecided.
Two new polls that were published today, essentially show that the undecided vote comes first and by a wide margin.
The undecided, the blank and the invalid votes reached 41% in Public Issue’s poll, while the University of Macedonia survey showed a total of 21% undecided votes.
According to the poll conducted by Public Issue, concerning the elections for the European Parliament, SYRIZA gathered 15.5%, the same as New Democracy.
Stavros Theodorakis’ party, To Potami, comes third with 7%, followed by the Communist Party with 5%, Golden Dawn with 4.5%, PASOK with 3.5%, the Independent Greeks with 2.5% and Democratic Left (DIMAR) with 1.5%.
In a poll published by the University of Macedonia, the numbers are very different. They show SYRIZA taking the lead by 5 points, while To Potami is just half a point short of reaching New Democracy.
In detail the poll showed SYRIZA with 18.5%, while New Democracy only got 13.5% and Stavros Theodorakis’ party 13%.
Golden Dawn had a high rate of 9% and the Communist Party 8%, followed by Elia with 4.5%, DIMAR with 2% and the Independent Greeks with 1.5% seem to have lost a large amount of voters.