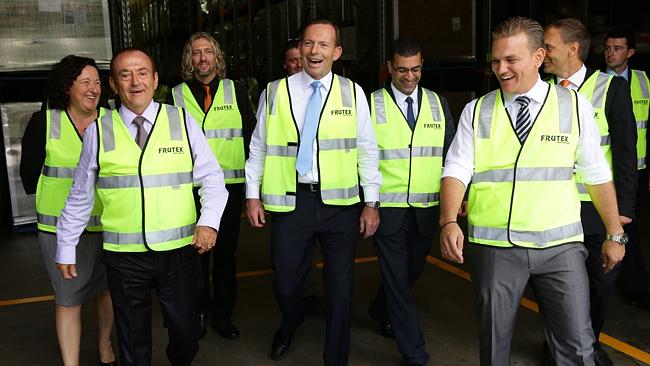 Frutex Australia is a company operating in the food industry, founded in 1968 by Peter Magiros, who came to Australia from Kythira, Greece. The company’s headquarters are in  Kingsgrove, Sydney. Today it is managed by Magiros and his two sons. Frutex is a major food ingredient company supplying a broad spectrum of ingredients to the major industrial manufacturers in Australia. Frutex is equipped with latest technology warehousing, distribution and manufacturing facilities and employs over 135 people. Frutex manufacturing facilities include fruit washing, blending and glyceration and infusion of dry vine fruit.

Abbott’s visit was associated with the rapid development of the company in the Australian market and the impact of the carbon dioxide tax that has significantly increased the operating and electricity costs of the company over the last two years. The Australian Prime Minister met with the company’s owners Peter Magiros and his sons , James and Spiros and the director Sandy Tsoutsas who reported to Abbott their concerns over the increase of operating costs due to the tax.