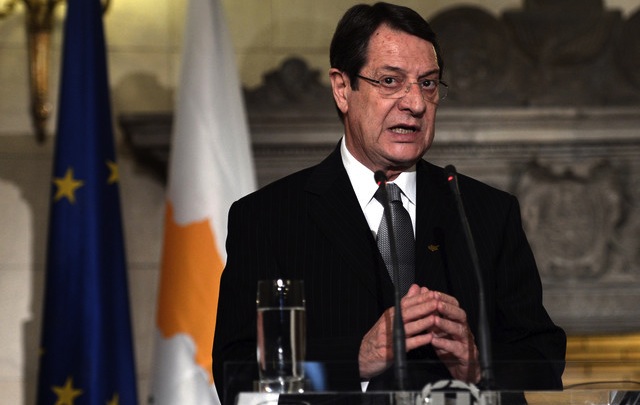 Cyprus President Nicos Anastasiades reshuffled his cabinet yesterday, replacing three ministers and handing one a different portfolio, at the same time unleashing the wrath of his former junior coalition partner.
Three ministers appointed by the Democratic Party DIKO – health, education, and defence – before it decided to leave the government over Anastasiades’ handling of the Cyprus problem, were replaced by newcomers, while a fourth, Energy Minister Giorgos Lakkotrypis will remain in office.
The director of the Institute of Neurology and Genetics Dr. Philippos Patsalis was appointed health minister, academic Costas Kadis is taking over the education portfolio, and economist Marios Demetriades will head the communications ministry, replacing Tasos Mitsopoulos who moved to defence.
The appointments prompted the reaction of former coalition partners DIKO as two of the new appointments were members of the party.
All 11 cabinet ministers tendered their resignations last month to give the conservative president leeway to carry out a wider reshuffle but he asked them to remain at their posts.
The new ministers will be sworn in on Friday.
(source: cyprus-mail)