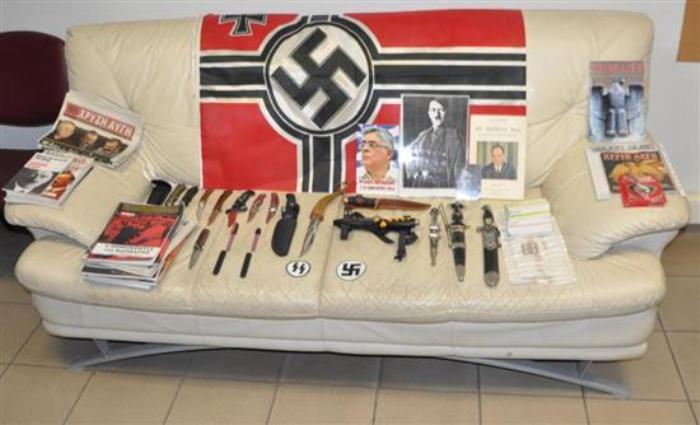 Fifty-Seven-year-old Greek doctor, Costas Kastaniotis was convicted to a 16-month prison term and a 3 year suspension because he violated the anti-racism law. In particular, he was accused of putting a sign up outside his office that read “Jews not welcome.”
Mr. Kastaniotis was also convicted of unlawful possession of weapons and the court fined him 2,500 euros.
The Greek Police raided Kastaniotis house and found daggers with Nazi symbols, a Nazi flag and printed material from the Greek neo-Nazi party Golden Dawn.
Kastaniotis, who is a neurologist, refused that he was the one to have put up the sign which was written in German. He also insisted that he took it down when it was brought to his attention.
He was sentenced to a 12-month prison term for violating the anti-racism law, 4-months for unlawful possession of weapons and suspended for three years. He appealed against the court’s decision and was set free pending the appeals hearing.
During the Nazi occupation in Greece, the Jewish community of Thessaloniki was wiped out when the 96 percent of its population of 50,000 perished in the concentration camps.