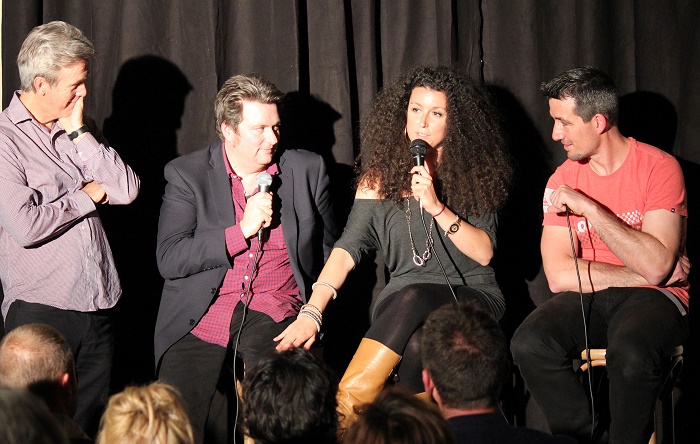 Katerina Vrana is a Greek comedian who was born and raised in Athens. She went to London to study acting, and kick-start her career and in the end decided to stay there.

Since then, she has been very successful with her show entitled “Feta with the Queen,” and various appearances in theater productions, television series, festivals and short films all over Greece and the UK. In 2012, Katerina Vrana appeared in TEDx Thessaloniki with a fifteen minute performance and in 2013 she took part in Festivals in Melbourne, Brighton and Edinburgh where her shows were sold out, receiving very good feedback.

At the moment, while she is preparing her new show, Katerina Vrana is participating in the Adelaide Fringe Festival 2014 in Australia from March 2 to March 16. Adelaide Fringe is an annual open-access arts festival run over four weeks in Adelaide, South Australia during February and March.

“Feta with the Queen” is a show about Vrana’s experience living as a Greek in the UK. It is about stereotypes and how they affect people’s opinion about other cultures. The show has been very successful in the UK as well as Greece.