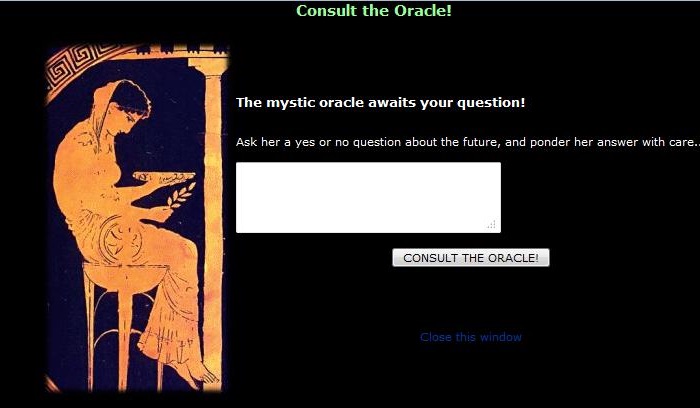 The ancient Delphic Oracle was the inspiration for a recent application created by the Department of Classical Studies at the University College of London. This application will give the user the chance to have a unique experience. The application is very tempting and attractive as one can ask whatever he wishes online.

Ancient Greek myths claim that Apollo was the founder of the temple of Delphi in Thessaly central Greece, which was dedicated to him. The god spoke through his oracle: the sibyl or priestess of the oracle of Delphi was known as the Pythia. She had to be an older woman with sober life and be of good character and often chosen from among the peasants of the area. According to legend, the Pythia would chew laurel leaves in order to fall into a trance, allowing Apollo to possess her spirit and to receive a prophecy. While in a trance the Pythia  was speaking in a wild ecstatic manner and her words were translated by the priests of the temple.

The Delphic oracle played an important role in many political matters. People consulted the Delphic oracle on everything from important matters of public policy to personal affairs. She was consulted before all fundamental state decisions such as wars or establishment of colonies. The oracle was giving prophecies nine times a year, however, she could not be consulted during the winter months, when Apollo would live among the Hyperboreans.