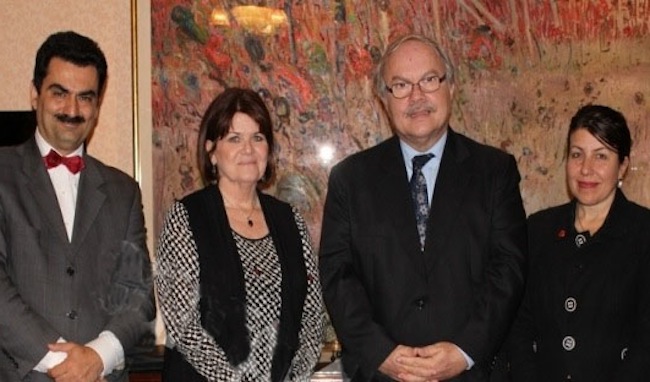 The Greek Ambassador to Australia, Haris Dafaranos, accompanied by the Consul General of Sydney, Counselor Dr. Stavros Kyrimis, met in Sydney with the President of New South Wales’ Parliament, Shelley Hancock and the President of the Senate of NSW, Don Harwin.

Sophie Cotsis, the Greek-Australian State Representative, was present during both meetings.

The purpose of the meetings was to show appreciation for the unanimous joint resolution of both chambers of the State in May 2013 for the recognition of three historic genocides (Armenian, Assyrian and Pontus) and the reconstitution of the Parliamentary Group of Friendship between Greece and New South Wales.